The double dedication of the Wamey New Testament in Guinea and Senegal at the turn of the year represents over 30 years of translation work by Wycliffe Bible Translators and SIL Senegal. The New Testament is available in both print and audio forms, and has been enthusiastically received, with people responding positively to the message during the translation process.

The dedications took place in Ourous, Guinea, the Wamey homeland, on 29 December and in Tambacounda, Senegal, for the diaspora, on 5 January. With the help of advertising via WhatsApp and Facebook, each dedication attracted about 500 people, including Wamey priests, busloads of people from local towns, and local and international visitors. There were speeches, songs, and dancing.

The dedications represent the culmination of over 30 years of effort. Sue Jenkins, a member of Wycliffe Bible Translators (serving with SIL Senegal), originally started linguistic work in the region in 1986. After a furlough break, she returned to Senegal with husband Jay in 1992. ‘

Translation work progressed with our language assistant, Papa,’ says Sue. ‘However, he died suddenly in 2014, with about 80 per cent of the New Testament done. We thought the project might remain unfinished but God miraculously brought us two Wamey men from Guinea to pick up the translation work.’

‘We’ve worked closely with the Wamey people in both Senegal and Guinea. They’ve done all the village testing, helped to create and record Bible-based songs, dubbed the JESUS Film, and are listening to and discussing Scripture in small “Listening groups”. The project has involved the Catholic Church and also people outside the church.’

‘The people we’ve worked with the closest during the translation have all grown in their faith and are leaders in their communities. They built a church in the small village where we did most of our language learning, and more than 30 Wamey adults there have been baptised. People have learned to turn to prayer to God when troubles arise rather than turning to charms and totems. They’ve eagerly awaited the arrival of their New Testament: we hope God will speak into their lives even more as a result of having his word in their own language.’

One of the Catholic priests, Abbé Urbain, noted that the dedications were so close to Christmas, when we celebrate Christ coming to live among us. ‘Now the Word in Wamey has come down to live among us. It’s now our job to read it!’

A total of 1,000 copies of the New Testament were printed. ‘Almost all have been sold or are in the villages to be sold,’ comments Sue. However, the audio versions are also vital.

John Gieske, a member of Wycliffe who has worked on the audio versions, comments: ‘Because a large percentage of the Wamey are dispersed and live in small villages that have limited access to schools there are many who don’t know how to read. Others have learned to read but find it too difficult. They are much more comfortable with listening, and they have phones and radios. So producing an audio version to accompany the printed version was always a priority.’

When the translation was completed, technicians from Theovision International, who work together with Faith Comes By Hearing Audio Bible Ministry, travelled to Guinea for approximately four weeks to record Wamey people reading the text. The recording was checked by the translation team, and then the audio recording was mastered and published to the Bible.is website.

In preparation for the recorded text, Sue and an ethnomusicologist organised a song-writing workshop. ‘Over 20 Wamey musicians composed and recorded 54 songs based on New Testament passages,’ says John. ‘After the workshop the songs were mixed into the spoken recording to create the final product – an audio version of the New Testament with songs in the Wamey style that highlight key passages.’

‘Local radio stations host a Wamey slot during the week and will play Scripture, Wamey songs we’ve recorded, or theatre pieces with a biblical lesson in Wamey. People already listen to their radios. If we provide something in Wamey for the stations to play there is a ready-made audience, and God’s word will reach more people.’ ‘We have also sold almost 200 SD cards of the New Testament with songs,’ says Sue. ‘And we are getting requests for even more! 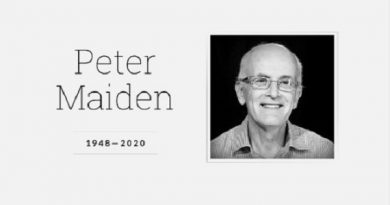