The airline announced this in a tweet with a reference to the Beatles’ song Lucy in the Sky with Diamonds:

“The Lucys are about to control the skies for the 5th time, flying to Oslo on the coming March 8.”

The flight will be operated by female professionals in the sky as well as on the ground, the airline posted on Facebook.

This means airport operations, flight dispatch, load control, ramp operation, on-board logistics, safety and security, catering as well as air-traffic control are to be carried out entirely by women.

“We are immensely honoured that we have women trailblazers in every aspect of our aviation field,”

“Women are an integral part of our success story from the start, and with this dedicated flight we honour and celebrate their indispensable contribution to our aviation group and the broader aviation industry, our country and the continent at large.”

This isn’t a first for Africa’s largest airline. It has previously operated all-women crew flights to Bangkok, Kigali, Lagos and Buenos Aires.

And it’s not the only airline to let women rule the skies.

To mark International Women’s Day last year, Air India said it had become the first airline to fly around the world with an all-female crew.

The entire flight was operated by the women of eight different departments.

And in another in a series of all-female flights to mark the day last year, British Airways ran the UK’s largest all-women flight – from London Heathrow to Glasgow – which involved over 60 women.

‘Female voice from the cockpit’

Ethiopian Airlines is keen to showcase women’s longer-term contribution to the industry and the progress they’ve made in conquering male-dominated professions, like those of pilot and aircraft technician.

Dr Saba Fikru, the head of the airline’s medical and health services, says that 35% of the company’s 16,000-strong workforce is female.

“These days, an increasing number of women are completing their pilot training successfully. Now we can hear a female voice coming from the flight deck or the cockpit,” 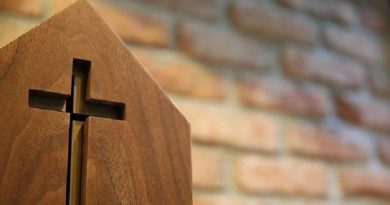