Christian women are making major strides in the Church and society.  This list, compiled by Keep The Faith in recognition of International Women’s Month, features women who are making a difference in their sphere of influence.  The list includes a variety of artists, educationalists, church leaders and businesswomen.

Have a read, and let us know if there are any women you think should have been featured on the list.

Mimi Ajala – Although she has been organising events for 10 years, Mimi Ajala Ministries came to the fore in 2018, when her women’s conference, held at London Excel, attracted over 2000 people with a stellar line-up that featured Tasha Cobbs and Karren Brady CBE from the BBC’s The Apprentice. This year her conference guests are Juanita Bynum and Kiki Clark-Sheard. Mimi aims to empower Christians everywhere with God’s Word.

Carol Akiwumi – In the world of professional fundraising, Carol Akiwumi is a well-known name. Last year she won the Outstanding Individual Achievement Award at the Charity Times Awards. She also runs her own charity, Money4Youth; is a Fellow and Trustee of the Institute of Fundraising UK, and served as Chair of Black Fundraisers UK for five years until November 2017.

Olivia Amartey  – Last year, ordained minister Olivia made history when she became the first Black woman to be appointed Executive Director of the Elim Pentecostal Church, which represents 5000 churches in the UK, Ireland and overseas. Her role entails overseeing operations, administration and strategic planning, and ensuring the church admin structures comply with legal requirements.

Pastor Celia Apeagyei-Collins – A respected preacher, Pastor Celia is founder of the Rehoboth Foundation, which provides mentoring and coaching for church and business leaders across the UK, Africa and Europe. She also leads a forum for Young and Emerging Leaders, and works with a number of charities, including OM (Operation Mobilisation), Tearfund and the National Church Leaders Forum.

Zina Arinze – Using the power of social media, an internet radio show, public speaking and social media platforms, Zina has become known as the Divorce Reinvention Queen. She has let women know that life doesn’t end just because they are divorced, and provides coaching, mentoring and support to women who are going through or have gone through divorce.

Neomi Bennett MBE – This former nurse invented the Neo-slip, a product that helps patients put on hospital and travel stockings more easily and, as a result, has built a growing business called Neo Slips.  Its products are available in hospitals across the UK, and sales have expanded into parts of Africa and Europe.

Pastor Yvonne Brooks – She is co-pastor at New Jerusalem Apostolic Church in one of the largest and more well known Black Pentecostal churches in the West Midlands.  Pastor Brooks is also founder of Esther Academy, a course that equips women to be successful in all areas of their lives. This course is now taught internationally in Zimbabwe and South Africa, and there are plans to launch it in America and Jamaica.

Antonia Burrell – Businesswoman Antonia Burrell runs her own skincare brand – Antonia Burrell Holistic Skincare – which is renowned for being 100% natural and sold internationally.  Antonia is also a facialist, and her technique is trademarked and taught at the London College of Fashion.  In recent months Antonia has been giving free demonstrations at women’s ministry events.

Dr Cheron Byfield – An academic and author, Dr Byfield is the founder of education charity Excell 3, and the visionary behind King Solomon International Business school.  Based in Birmingham, the school has a Christian ethos and aims to enable pupils to work/trade in the global economy. Dr Byfield has over 20 years’ business experience, having worked as a business advisor and head of a university Enterprise and Careers department.

Lurine Cato  – This MOBO Award-winning singer/songwriter is one of Britain’s most well known gospel soloists. Recently Lurine has been one of the featured solo vocalists in the B Positive Choir, created by NHS Blood and Transport. The choir recently made it to the finals of Britain’s Got Talent.  She is currently working on her second album.

Dr Dulcie Dixon McKenzie  – A stalwart on local radio, Dulcie Dixon is a legend for presenting the gospel show on BBC Radio Leicester for over 30 years. She retired from her role on the show in 2018.  She currently serves as a tutor at The Queen’s Foundation, a theology training centre in Birmingham, and is head of their Black theology group.

Dorothy Dwyer & Rev Sharon Townsend  – Together, these longstanding members of the New Testament Church of God run a charity called Living Loss. It provides support to anyone who has experienced any kind of loss – whether due to bereavement, ill health, redundancy, bankruptcy/debt and relationship breakdown.

Pastor Marjorie Esomowei  – ‘Pastor Marj’ is well known within the Black Christian community.  She co-pastors Triumphant Church International, which has plants in London, Nigeria and South Africa. She also runs Wisdom for Women International, a ministry that organises conferences, retreats and the annual Wise Women Awards, which celebrates the achievements of Christian women in the Church and society.

Pamela Franklin  – A winner of a National Diversity Award, Pamela Franklin founded the Caribbean Social Forum in 2015 for senior citizens of Caribbean descent. It aims to reduce their sense of isolation by providing a range of social activities to keep them engaged, active and informed.

Karen Gibson  – Ever since the Kingdom Choir performed at the Royal wedding of Meghan Markle and Prince Harry, Karen Gibson has become a household name, after billions saw them sing the classic, Stand By Me, live.  With her stand-out grey hair, Karen Gibson has been a great ambassador for UK Gospel, especially since the choir released their album on Sony Records.

Sandra Godley – In her hometown of Coventry, Sandra Godley is a woman of influence. She is a gospel singer; presents a radio show on BBC Coventry and UCB, and is a choir leader and humanitarian.  Last year she founded the Gosp-Ability Choir, which received lots of media coverage for performing in Windsor the week before the Royal wedding. She is also a trustee of charity, Feed the Hungry UK.

Rev Rose Hudson-Wilkin  – This Jamaican-born minister is one of the most prominent Black female leaders in the Church of England. She is the first Black woman to serve as Chaplain to the Speaker in the House of Commons; is a Queen’s Chaplain and also serves as Priest in charge of St Mary at Hill in the City of London. She is regularly in the media, sharing her views on the social and moral issues of the day.

Pastor Lorraine Jones  – Ever since her son, Dwayne Simpson, was stabbed to death near his Brixton home in 2016, Pastor Lorraine has been a strong campaigner against youth violence.  She currently runs a boxing club for children and those at risk, called Dwaynamics, founded by her son prior to his death. She is regularly asked to comment in the media about youth crime and gangs.

Susanne Kirlew  – This member of the Seventh-Day Adventist church, and PR professional is having an impact via her alter ego, Kirly Sue, who encourages people to become vegans.  Kirly Sue does this via her YouTube channel, where she cooks various recipes from her cookbook, Kirly-Sue’s Kitchen.  Kirly Sue’s second cookbook is set to be released this year and already has pre-orders of 6000.

Angie Le Mar – She is the first Black British woman to achieve success as a comedian and, since committing her life to Christ over six years ago, she has also been sharing her comedic gift with the Church and the wider world.  In 2017 and 2018, she has produced and directed Take Me Back, a gospel musical that explores the faith of the Windrush Generation.

Caroline Marsh  – She came to fame in 2008, after appearing on Channel 4 series Secret Millionaire.  Caroline built her fortune as a property developer, and her skills have led to her being invited by the Zambian government to build affordable housing.

Amanda Mukwashi – Amanda works as Chief Executive of Christian Aid, one of the UK’s largest Christian charities that works with poor and vulnerable communities in 37 countries.  British-born of Zambian heritage, prior to joining CA, this Seventh-Day Adventist worked as Chief of Volunteer Knowledge for the UN, and was Director of Policy for VSO International.

Rev Canon Eve Pitts – She is one of the first Black women to be ordained by the Church of England.  She currently serves as Vicar of Holy Trinity, Birchfield, in the West Midlands and, in 2015, she launched an annual Remembrance Service to remind the Black community and the wider society about African slavery in the Caribbean.

Claudine Reid MBE – Within the Christian community and beyond, Claudine Reid is a respected businesswoman, coach and speaker.  Working alongside her husband, Pat Reid, their business, PJ’s Community Service, is a profitable and award-winning one. Claudine also teaches on business courses, and has provided coaching and personal development services for many.

June Ross MBE  – June Ross has the accolade of leading one of the largest UK charities run by a Black woman.  Her charity, Esther’s Community Enterprise, was founded in 2005 and provides food for over 25,000 people in London, as well as families in Milton Keynes, Birmingham, Wolverhampton and Kent. The charity also supports communities in need when required.

Carol Stewart – For two years running, Carol Stewart has been named as a Leading UK Voice by LinkedIn, the world’s most popular social media platform for professionals.  Carol runs Abounding Solutions, a company that specialises in providing public speaking, coaching and leadership services for introverted women managers and executives.  Carol also leads a business network at her church.

Dr Shirley Thompson – Dr Thompson is one of Britain’s few Black female composers.  She was the first woman in Europe in the past 40 years to compose and conduct a symphony – New Nation Rising, A 21st Century Symphony – to celebrate the Queen’s Golden Jubilee. She was also commissioned to write music for a service held at Westminster Abbey to celebrate the 70th Anniversary of the arrival of HMS Windrush in Britain.

Letitia Wright – This young woman is one of Britain’s most well known actresses. She shot to fame in the 2018 blockbuster movie Black Panther. Leticia has spoken openly about her Christian faith and its impact on her life. Last year she was named the highest box-office earning actor of 2018. And its been recently announced that she’s the new face of the bare minerals make up range 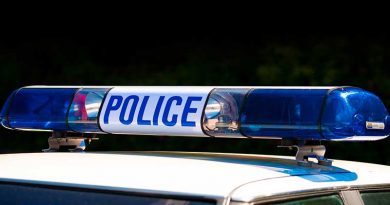 Should Black boys be encouraged to join the police force? by Kimshaw Aiken