The Labour Party may have unlawfully discriminated against Jewish people, the UK’s human rights watchdog says.

The Equalities and Human Rights Commission said it was considering launching a formal investigation into anti-Semitism in the party.

The Labour Party said: “We completely reject any suggestion the party has acted unlawfully and will be co-operating fully with the EHRC.”

The watchdog is asking the party to work with it to improve its processes.

Once the EHRC’s formal letter is received by Labour, the party will have 14 days to respond to the concerns raised.

Depending on the response, the commission can take enforcement action ranging from a voluntary agreement with the party to a full-blown investigation.

If a formal investigation was launched, the EHRC would request interviews with key figures in the party and have the power to demand access to correspondence, emails and other information to determine how Labour dealt with allegations of anti-Semitic discrimination.

The action comes in response to complaints from a number of organisations and individuals, including the Campaign Against Anti-Semitism.

An Equality and Human Rights Commission spokesperson said: “Having received a number of complaints regarding anti-Semitism in the Labour Party, we believe Labour may have unlawfully discriminated against people because of their ethnicity and religious beliefs.

“Our concerns are sufficient for us to consider using our statutory enforcement powers.

“As set out in our enforcement policy, we are now engaging with the Labour Party to give them an opportunity to respond.”

If the watchdog concludes Labour has a case to answer, it could launch an inquiry under section 20 of the Equalities Act, which would examine whether the party’s internal processes were compliant with the law.

The watchdog carried out a similar inquiry into the Metropolitan Police in 2016over allegations of unlawful harassment, discrimination and victimisation of black and minority ethnic, female and gay officers who made discrimination complaints.

A Labour Party spokesman said: “Labour is fully committed to the support, defence and celebration of the Jewish community and its organisations.

“Anti-Semitism complaints received since April 2018 relate to about 0.1% of our membership, but one anti-Semite in our party is one too many. We are determined to tackle anti-Semitism and root it out of our party.”

Labour has been plagued by accusations of anti-Semitism since mid-2016.

The party leadership has been accused of tolerating a culture of anti-Jewish prejudice by a number of its own MPs, some of whom have quit the party in protest.

Leader Jeremy Corbyn insists he is getting to grips with the issue and has beefed-up the party’s internal disciplinary procedures.

Last week, the Labour MP Chris Williamson was suspended after saying the party had been “too apologetic” and “given too much ground” to its critics. 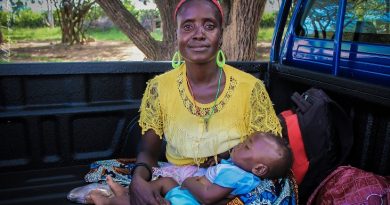