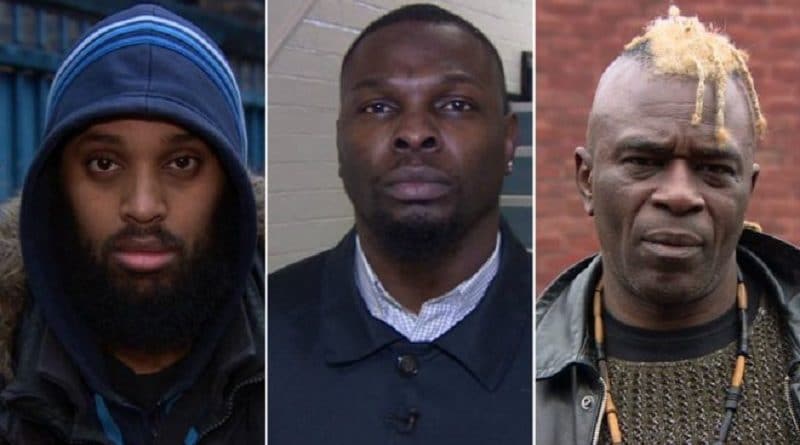 Three prominent, black community advisers have claimed they have been wrongfully searched or arrested by the Metropolitan Police.

The men work with police in London on youth violence but said their treatment harmed race relations with the force.

It comes 20 years after the MacPherson report said the Met was “institutionally racist” over its handling of Stephen Lawrence’s murder.

The force has denied allegations of racial profiling.

It said the officers in the men’s cases acted appropriately.

About 14% of Met officers are from black, Asian and minority ethnic backgrounds.

While this was the highest proportion in England and Wales, the 2011 census showed a far higher proportion of Londoners, 40.2%, identify as BAME.

As a result the force has said it wants to recruit 250 extra BAME officers a year.

Ken Hinds, the chair of the Haringey Independent Stop and Search Advisory Committee, has worked for decades to promote community cohesion.

In April, he was arrested after intervening in the search of a young black man near his home in north London.

He told the BBC:

“This officer pushed me out of the way. I asked him not to put his hands on me.

“The next thing I know I’m under arrest for obstruction and assault, accused of head-butting.”

Mr Hinds was charged and found guilty of assault.

But his conviction was quashed nine months later by an appeal judge who said the assault did not take place.

“The community was so incensed by my arrest that we held a public meeting and decided we weren’t going to deal with the police until my case was settled.

“As soon as I got arrested the whole establishment washed their hands of me.

“Being a black man in this area, it fits the racial profiling that we’re the victims and perpetrators of violent crime.”

The Metropolitan Police said it had reached out to Mr Hinds, who is in the process of pursuing legal action.

In 2009 Mr Hinds won £22,000 compensation after he was arrested by British Transport Police for watching a stop and search procedure.

Mr Sloley said his home in Lewisham was raided by detectives last October, while he was an adviser to the Met Police – the officers were looking for a previous occupant who was involved in drug dealing.

“They totally destroyed the property, ripped off my air-vent, stole money from me, took my children’s stuff, phones, earrings, parking tickets, letters, bank statements, pictures of me.

“They know I live here because they invoice me to the same property – the same people who searched the house.”

After the raids, Mr Sloley said officers tarnished his reputation by telling his clients about the warrant, which resulted in them cancelling valuable contracts with him.

“The police are trying to stitch me up,” he said.

“They’ve raided me twice in three months, desperate to take me down, telling people I’m too big for my boots.”

Scotland Yard said the Directorate of Professional Standards was investigating.

Mahamed Hashi is a Labour councillor for Stockwell and a recent winner of a Community Champion award for his work to support vulnerable young people.

In 2017, he said he was stopped by police officers who surrounded his car in Brixton.

“They asked me ‘have you been taking any drugs mate? Your eyes look glazed’, and I said ‘I don’t smoke, I don’t take drugs’.”

“They put cuffs on me because they thought I was a threat. I said ‘what part of me constitutes a threat?’ And they said ‘your size’.”

Mr Hashi has raised his concerns with the deputy mayor of policing.

“It feels like we’re being targeted as specific people. I feel there should be apologies you know,” he said.

“We’re standing in Brixton where we’ve had four riots because of police action, and on one side we’re trying to heal those rifts but it’s being eroded by officers who don’t seem to know any better.”

How the most ethnically diverse police forces compare to the population

Proportion from Asian, black, mixed and other ethnic groupsNote: Figures for police are as of March 2018, population as a whole from 2011 CensusSource: Home Office

Met Police commander for community engagement Mark McEwan said he did not agree Mr Hinds and Mr Hashi had been racially profiled.

“They were dealt with due to the circumstances the officers perceived at the time and they acted appropriately,”

“I’m sorry that relationships have been damaged but this is not a case of right or wrong.

“Policing is a human endeavour and we will at times find ourselves in these situations.

“What’s important is how we respond to that and reach out to the individuals involved.”

Despite their concerns, Mr Hashi and Mr Sloley are still working with the Met, while Mr Hinds told the BBC now his appeal had been upheld he would engage with the police again. 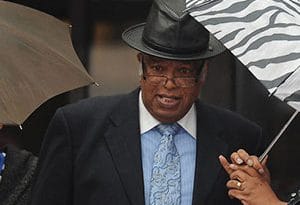 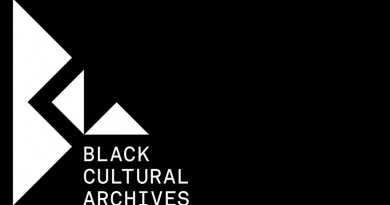