Kim Kardashian is facing criticism for allowing her five-year-old daughter to wear lipstick to church services.

The Kardashian family has recently begun hosting weekly “Sunday Services,” which see the family joined by gospel singers and other celebrities.

While North West is a regular attendee of the church services, Kardashian’s recent Instagram Story from the worship session caused controversy – as it showed the five-year-old dancing to father Kanye West’s music while dressed in a black slip dress and black lipstick.

Although some people applauded North’s dance moves, others have begun mum-shaming Kardashian for letting North wear makeup to the religious service.

“She’s adorable but why is she wearing lipstick to church? She’s too young for makeup in public,”

“There is something really sad to me about seeing photos of five-year-old North wearing a feathered slip dress and black lipstick to ‘church’ services. Poor kid doesn’t stand a chance.”

“North wearing lipstick is definitely too much,” someone else wrote.

This isn’t the first time the reality star has been shamed for allowing her daughter to express herself through clothes and makeup.

At the time, the mother-of-three told Refinery29 North is

“really into makeup” but that she doesn’t think her daughter “should wear lashes or too dark of a lipstick”. 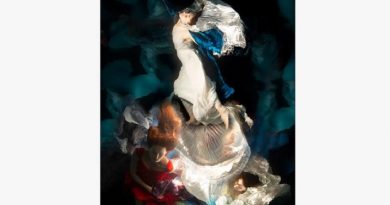