‘Belly Of The Beast’ and ‘Hope Beyond Hope’ both received 10/10 reviews from Tony Cummings at UK’s Cross Rhythms. Hope Beyond Hope featured in CCM Magazine’s ‘Best Thing I Heard Today’ in the USA, while ‘Deconstruction’ featured in Spotify’s official ‘New Indie and Alternative’ playlist.

Ian is a Christian worship leader and songwriter from Liverpool, UK. He leads musical worship at his home church Bootle Elim, and is married to Kate. They have 3 young children, Jackson, Elijah and Abiah.

September 2016 saw the release of Ian’s 4th album, (his 3rd on 7Core Music) Awaken To Love’ to rave reviews, and included ‘No Longer I’ co-written with Matt Redman, and the UK Step Fwd chart number 1 single ‘Highwire’.

Awaken To Love is, quite frankly, a refreshing take on praise, worship, testimony, and encouragement.

The record feels genuine from start to finish and holds the attention of the listener while still inviting them to get lost in well-crafted moments of worship.

This album is track after track of pure quality.Jono Davies -Louder Than The Music 5/5To my mind, Ian Yates is one of the best British worship leaders and songwriters and is up there with the Redman’s and Hughes’. 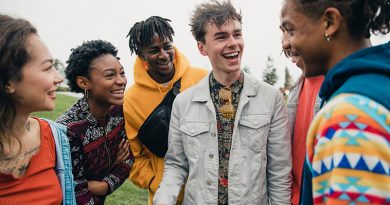 The faith and spirituality of young people in Britain

Turning Poetry and Prayer into Podcast to Persevere through Pandemic