February was Black History Month in the US, a time typically set aside to recognise African Americans and their contributions to the country.

This year’s commemoration ended with insults and accusations of racism on the floor of Congress, at a televised hearing broadcast into millions of homes. But that exchange, between a Democrat and Republican, was hardly an isolated incident.

The month began with calls for Virginia’s governor to resign after a photo emerged of him in blackface. And it ended with President Donald Trump – who himself has been accused of racism – saying Academy Award winner Spike Lee was being racist after the film director urged Americans to “do the right thing” and choose love over hate by helping to thwart Mr Trump’s re-election hopes.

The flood of racially-charged headlines underlined a feeling shared by many – that 400 years after the first slaves were brought to the US, Americans still struggle to have meaningful conversations about race.

“We can’t even have a productive conversation if people aren’t open to looking in the mirror,” said Ibram Kendi, director of the Antiracist Research and Policy Center at American University.

“Denial is essentially the heartbeat of racism in this country and every time you are not open to what you could be doing in the moment, you are living and breathing racism itself.”

He says the first step to dismantling racism in the US is recognising that we can all shift between being racist and anti-racist.

“When someone is charged with doing something that’s racist, instead of getting upset and lashing out, they should consider the evidence.”

Conversations about race typically devolve into arguments because Americans have come to view the word “racist” a permanent label and not a description of an action, says Mr Kendi.

He now advocates for redefining the word “racist” as a reflection of both our beliefs and behaviours and not merely as an insult.

“What you’re doing and what you’re saying is an expression of who you are in that moment.”

Much of this discussion was sparked by the argument on the floor of the House of Representatives, which began when after Rashida Tlaib, a Democratic freshman, accused the Republican veteran congressman Mark Meadows of racism and using a black woman as a “prop”.

Mr Meadows had asked Lynne Patton, a long-time employee of the Trump Organization, to attend the Michael Cohen hearing to refute accusations that President Trump was racist.

Speaking for Ms Patton, Mr Meadows said “as the daughter of a man born in Birmingham, Alabama, there is no way she would work for a man who is racist”.

When Ms Tlaib said that simply having a friend or employee who’s a minority does not prohibit someone from being racist, the hearing quickly dissolved into a very heated row.

Mr Effron said his research shows that whenever a person is accused of racism or their moral identity is challenged, they instinctively search for any example to bolster their “non-racist credentials”, which can be a low bar.

“When people are motivated to find evidence that they’re not prejudiced, they’re more likely to think having a black friend is really strong evidence,”

“We make a mountain of morality out of a molehill of virtue.”

But even people with good intentions can face criticism when it comes to discussing race in America, as the director of the Oscar-winning movie Green Book discovered.

Set against the backdrop of the segregated South in the 1960s, the film follows the unlikely friendship between a black classical and jazz musician and his white chauffeur.

Critics accused the film of whitewashing history and furthering the “white saviour” trope in Hollywood.

Author and anti-racism activist Tim Wise said he thinks we need to reframe the way we teach race in America, shifting the emphasis away from an individual’s actions and looking at the system as a whole.

he said, adding that this can absolve people from reflecting on their own actions.

Mr Wise explores his own struggles with reconciling white privilege and racism in his autobiography White Like Me and has made a career out of navigating difficult conversations about racism.

He said he thinks Americans have been conditioned to believe certain racial stereotypes and unlearning those prejudices begins with recognising they exist in the first place. Until then, he said, we will continue to have circular arguments about race without making progress toward dismantling racism.

“It would be ridiculous to say, ‘I don’t have a racist bone in my body’… you grew up in America,” 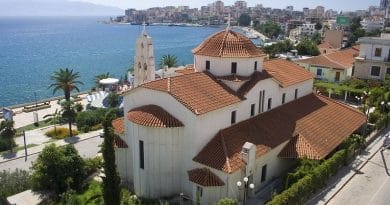 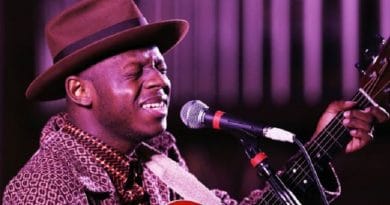 The Kenyan rising star singing about life in Trump’s America 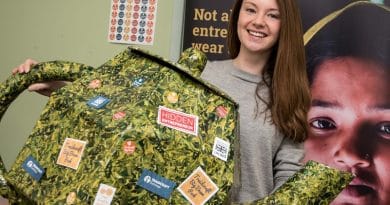