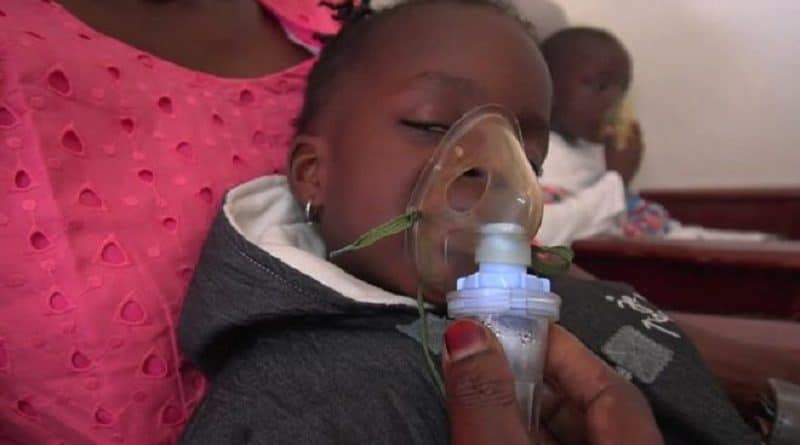 Two-year-old Thayi loves the aerosol therapy room at Senegal’s Albert Royer Children’s Hospital, where she gets to fall asleep on her mother’s lap, breathing deeply – something that is usually hard to do.

The mask over her face pumps out medicine that soothes her asthmatic lungs, a condition worsened by air pollution.

The hospital in the capital, Dakar, has a large unit dedicated to respiratory issues.

Dr Idrissa Ba, who has been working there for 15 years, says the number of patients keeps growing and growing – something he thinks is linked to worsening air quality in the city.

Dakar does have particularly bad levels of outdoor pollutants or tiny particles, known as particulate matter (PM), which is how pollution is measured.

These particles can reach deep into the body with the danger of causing lasting damage to people’s health.

This is according to Senegal’s centre for air quality control, whose director, Aminata Mbow Diokhané, says it is important to understand that most cities do not respect the recommendations.

She adds that Dakar is one of the only cities in Africa to measure air quality daily.

Others on the continent are likely to have far worse levels, she says.

There are two main reasons why air quality in Dakar can get particularly bad:

And while there are more cars in London or Tokyo, those in Dakar cause more damage to the environment as many of them are old or second hand, meaning they pollute more.

More significantly, fuel imported to Africa contains much higher levels of sulphur than that used in Europe or the United States, as an investigation in 2016 by Swiss campaign group Public Eye revealed.

Jane Akumu, a spokeswoman for the UN Environment’s Air Quality and Mobility Unit told the BBC.

Anyone who walks around Dakar or drives with their windows open is more often than not submerged by clouds of thick black smoke coming from surrounding exhaust pipes.

“The good news is that in December 2018, technical experts from the region met in Abidjan [in Ivory Coast] and agreed to harmonise low sulphur fuel standards in a number of West African countries,”

This still needs to be approved by heads of state, but experts hope that by the end of the year all fuel imports to the region, including to Senegal, will have lower sulphur levels.

For Dr Ba this can only be good news.

“We’ve done studies on the impact of pollution on children’s health and we concluded there is a very significant correlation between the level of small particles and the number of patients having asthma attacks,”

But he believes more rules needs to be brought in to regulate vehicles and says it is also about changing attitudes.

“Pollution is a problem that affects everyone so the response must be global, but people should also be more responsible, pollute less,”

“It’s true that we have a problem with car pollution but here people also burn their rubbish outside in the open, for example.”

The WHO estimates that around seven million people die every year from exposure to fine particles that penetrate deep into the lungs and cardiovascular system, causing diseases including stroke, heart disease and lung cancer.

Children are particularly affected because they breathe more air than adults, in proportion to their size, and their organs are not fully developed.

The average age of patients at Albert Royer Hospital is five.

One of those who has been diagnosed with pneumonia, a lung infection, is a 20-month old baby boy.

His mother, who prefers to remain anonymous, watches over her fragile child, whispering: “My message to other parents is that they should be vigilant and keep an eye on their children’s health.”

“We know that many young children who have asthma, infections, allergies, if we don’t treat them early, their pulmonary capacity can be reduced by 10%.” 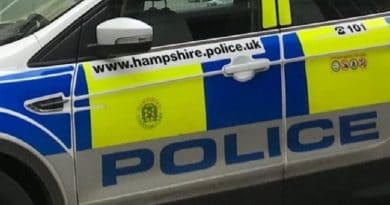 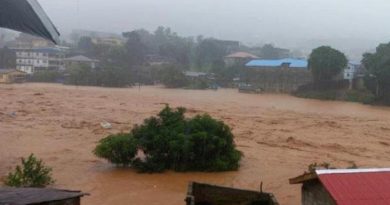 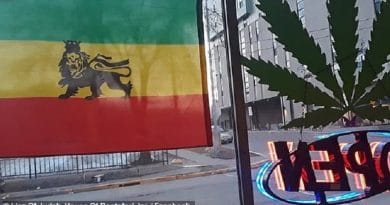 Wisconsin church allows worshipers to use cannabis during services… and 6,000 people join in its first month