The Church of England has accused the National Trust of “airbrushing faith” after it dropped the word “Easter” from its annual Easter egg hunt.

The annual event, which sees hundreds of thousands of children search for chocolate eggs at National Trust properties, has been rebranded to exclude Easter for the first time in 10 years.

In previous years it has been called an “Easter Egg Trail”, however this year it has been renamed the “Great British Egg Hunt”.

Cadbury, which sponsors the event, said that it wanted to appeal to non-Christians, saying: “We invite people from all faiths and none to enjoy our seasonal treats.”

But last night senior figures in the Church of England condemned the decision.

A spokesman for the Church of England said:

“This marketing campaign…highlights the folly in airbrushing faith from Easter.”

It was also met with anger by the Archbishop of York, who said the decision to remove the word Easter from the egg hunt logo was tantamount to “spitting on the grave” of John Cadbury, the chocolate firm’s original founder.

He told the Daily Telegraph:

“The Cadburys were Great Quaker industrialists. If people visited Birmingham today in the Cadbury World they will discover how Cadbury’s Christian faith influenced his industrial output.

“He built houses for all his workers, he built a Church, he made provision for schools. It is obvious that for him Jesus and justice were two sides of the one coin. To drop Easter from Cadbury’s Easter Egg Hunt in my book is tantamount to spitting on the grave of Cadbury.”

The webpage makes few references to Easter, saying only that the event takes place over the “Easter holidays” and mentions the “Easter bunny”.

Marketing material on the Cadbury website does include the word “Easter” but also refers to the event as the Cadbury Egg Hunt.

In 2010, Cadbury was taken over by US food giant Kraft at a cost of £11.9bn, in a move that prompted criticism of how easy it had become for foreign firms to buy British companies.

The National Trust denied it was downplaying Easter and claimed Cadbury was responsible for the rebranding of the egg hunt.

“The National Trust is in no way downplaying the significance of Easter, which is why we put on a huge number of events, activities and walks to bring families together at this time of year. We work closely with Cadbury, who are responsible for the branding and wording of our egg hunt campaign.”

A spokesman for Cadbury said:

“Each year, our Easter campaigns have a different name and this year our seasonal campaign is called the ‘Cadbury’s Great British Egg Hunt’.

“It is clear to see that within our communications and marketing we clearly state the word Easter and include it in a number of promotional materials, including our website, where we do also promote our partnership with National Trust at this seasonal time of year. We invite people from all faiths and none to enjoy our seasonal treats, which can be found around Easter time.”

Last year Cadbury responded to a backlash from customers over the apparent disappearance of the word “Easter” from the front of its Easter egg packaging, after relegating the word to the back of packs and labelling them “Milk Chocolate Eggs”.

“We are really shocked to see a rival to Good Friday being set up. This is an industrial operation to effectively replace Jesus with the Cadbury bunny while luring children and families away from celebrating the Crucifixion and Resurrection of Jesus.” 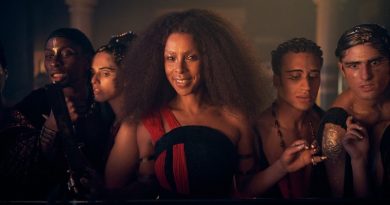 Nigeria’s Fulani men who get whipped to find a wife