When the Prime Minister and the Leader of the Opposition took to social media to wish the nation a happy St George’s day, they failed to realise that they got the date wrong.

The patron saint of England is celebrated on April 23. However, this year the celebration, also known as the Feast of Saint George, will be delayed until next week as the Church of England says it is literally a “movable feast”.

According to church rules, no feast days are allowed to be marked during Easter week. If a saint’s day does end up falling during this period, it is “transferred” to the Monday after the Second Sunday of Easter. The last time this happened was in 2011.

However the lack of understanding surrounding these rules among politicians has prompted one church historian to accuse Downing Street of being “illiterate about Christianity”.

He posted: “Happy St George’s Day to everyone celebrating in England and across the world.”

Meanwhile, Theresa May posted on Twitter earlier this morning:

“The St George’s Cross flies above Downing Street today to mark the feast day of England’s patron saint. My warmest wishes to all celebrating.”

The Mayor of London, Saiq Khan, also tweeted a “happy St George’s day” to his followers.

Professor Diarmaid MacCulloch Professor of the History of the Church, in the Theology Faculty at the University of Oxford said that Easter takes precedence over feast days and has done for around one thousand years. “In this way, Easter is extraordinary,” and as a result, St George’s day is literally a moveable feast.

Professor MacCulloch, who co-edited the Journal of Ecclesiastical History for two decades, added that Mrs May’s tweet shows that “Downing Street is obviously illiterate about the Church”.

Common Worship, the church’s volumes of guidance for services, notes:

However the College of Arms, the UK’s heraldic authority, confirmed that April 23 remains fixed as the flag-flying date for St George’s Day, regardless of changes in the church calendar. 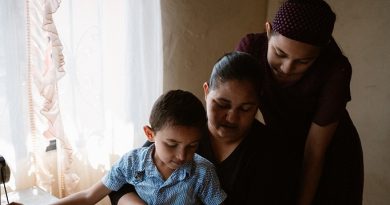 Colombian Pastor paid with his life