Jordan Peterson, one of the most popular and controversial public thinkers of our time, has come under fire from a Christian pastor, who says the Canadian is the first pastor of the emerging “Church YouTube”.

Peter Burfeind, a pastor from theHoly Cross Lutheran Church, which serves students at the University of Toledo, Ohio, has chastised Peterson for allegedly drawing Christians away from traditional religious institutions, which serve as an intermediary between believers and God.

Burfeind laments that younger people, instead of church, opt for the “faux” communities provided by social media platforms, and that Peterson, who professes non-institutionalism, is leading them down the wrong path, simply put.

Burfeind writes on the conservative online magazine The Federalist.

“Christians need to make a concerted defence of the institution − yes, the institution − of the Christian church,” he argues. “The alternative is to hand the faith over to the ‘I believe in Christianity but not Churchianity’ neo-gnostics, among whom Peterson nicely lines up.”

In questioning religious formalism and dogmatism, Burfeind insists that Peterson heralds a new church without direct involvement in the church community — something the pastor says contradicts what Jesus taught.

“Jesus places the point of contact with himself and his teaching at the point of the disciple, which grounds the creation of the church,” he says. “If there is a crisis among millennial spirituality, it’s that in withdrawing from faith they’ve also withdrawn from their own flesh. Plugged into an electronic world of memes and narratives and images, their reality increasingly becomes something disconnected from other human beings.” 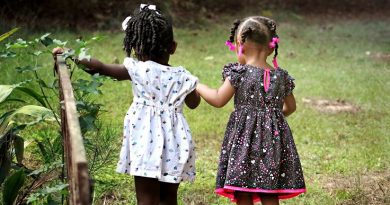