Universities must “decolonise” the curriculum in order to help black students close the attainment gap with their white peers, vice-Chancellors say.

Campuses need to become “racially diverse and inclusive environments” if black, Asian and minority ethnic (BAME) are to succeed academically, according to a new report.

Institutions should consult with students and “evaluate where it might be necessary” to review courses and assessments to ensure that they are not overly white and euro-centric, UUK said.

The report’s recommendation comes amid growing calls to “decolonise” the curriculum, as students urge their professors to examine whether courses are too dominated by white, male, Euro-centric perspectives.

Baroness Valerie Amos, who led UUK’s review, said that many BAME students do not feel a “sense of belonging” at university.

“Part of that was about not seeing their history [and] their experiences reflected in the content of the courses that are being taught,”

she told The Telegraph.

Reading lists and course structures in all subjects should be scrutinised to ensure there is no racial bias, according to Baroness Amos, who is director of the School of Oriental and African Studies (SOAS) and the country’s first female black university leader.

“There are things like who is on the reading lists, how much are you enabling a critique of different approaches to subjects, who is being recognised as being someone who can make a valuable contribution on this? That applies as much to science subjects as much as it does to arts and humanities subjects,”

“Scientists come from all over the world, they don’t just come from the UK, the United States and other countries in Europe. It is really just about broadening our perspectives.”

Over the past decade, the number of BAME undergraduate students has increased by more than 50 per cent. But just 57 per cent of black students who graduated in 2017 achieved a first or a 2:1 compared to 81 per cent of white students.

The report said that vice-Chancellors must foster environments where issues surrounding race and racism can be discussed more openly, and added that they should gather data on which approaches are effective in tackling the attainment gap.

Earlier this week, Cambridge University announced it is launching an inquiry into how it benefited from the slave trade.

It will also probe how far Cambridge academics “reinforced and validated race-based thinking between the 18th and early 20th Century”.

Other leading universities have refused to bow to pressure from decolonisation campaigns aimed at names of buildings and statues, as well as their curriculum.

Oxford University refused to bow to pressure from the Rhodes Must Fall campaign, which called for the statue of Cecil Rhodes to be taken down from Oriel College over his links to imperialism.

Meanwhile, Bristol University announced that it will not rename the Wills Memorial Building despite campaigners claiming it is named after a slave trader. 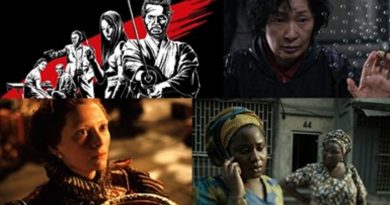