A former student at Pensacola Christian College has shared photos of a censored art textbook that was kept in the school’s library, revealing that any nudity — even the Mona Lisa’s cleavage — was covered with black marker.

Imgur user scopecreepstudio posted images from the book ‘Eyewitness Art: Looking at Paintings’ on Thursday, explaining that the ridiculous markings covering the nudity in the famous works of art were done by the school.

‘Fine art books censored for “nudity” in a fundamentalist Baptist college library. Yes that is the Mona Lisa,’ the person captioned the photos of the Renaissance paintings featured in the textbook.

Never nude: A former student at Pensacola Christian College shared photos of the censored art textbook in the school’s library on Imgur on Thursday

The first image shows a page in the book that takes an in-depth look at Agnolo Bronzino’s painting Venus, Cupid, Folly and Time.

Text: The Imgur user had taken the photos from ‘Eyewitness Art: Looking at Paintings’

The artwork is marred by black boxes that cover the figure’s bodies, leaving just their arms and legs visible.

It’s difficult to see what the book is referencing because most of the images are covered with marker.

In a photo of Titian’s Bacchus and Ariadne, someone colored over the naked men so they look like they are wearing black shorts.

Not only are naked babies and young children censored in the book, but pictures of paintings depicting women’s cleavage have also been scribbled over.

The website for its visual and performing arts department says the purpose of the program ‘is to equip students to share Christ through the visual arts, music, or dramatic performance. buy audible credits go here

Covered up: In a photo of Titian’s Bacchus and Ariadne, someone colored over the naked men so they look like they are wearing black shorts

Yikes: In the comments section of the post, which was also shared on Reddit, the person admitted that his love of art diminished because of the rigid program

Yikes: The person claimed that the art textbooks sold at the school’s book sale were also censored, noting that having an uncensored book would get you in trouble

Next level: Even naked babies and young children were censored in the book

It’s ‘built upon a biblical foundation of the arts’ and ‘students are trained to be proficient in their creative discipline.’

In a statement shared with DailyMail.com via email, a spokesperson for Pensacola Christian College said the school no longer censors its textbooks.

‘In recent years, Pensacola Christian College has taken specific actions to stop the modification of textbooks, and we will continue to take appropriate steps for our library holdings,’

‘Along with the larger Christian community, we are opposed to pornographic materials, but understand the value of fine art. We are committed to practices which accurately reflect these values.’

In the comments section of the post, which was also shared on Reddit, the Imgur user admitted that his love of art diminished because of the rigid program.

Mission: The school’s website says the purpose of the department ‘is to equip students to share Christ through the visual arts, music, or dramatic performance’

Religious: Pensacola Christian College is a Baptist liberal arts college in Pensacola, Florida. In a statement shared with DailyMail.com, a spokesperson said the school no longer censors books

‘Wanted to be a cartoonist for quite a while, but my parents were terrified of the “weirdos” at art school,’ the person explained. ‘The compromise was enrolling me in PCCs Fine Art Program. Except I’d never learn to draw a decent figure there, which is what cartooning is all about.

‘My creative drive died and I flunked out of their program, still regret all the time I wasted there,’ the Imgur user added.

‘Art textbooks sold in the book sale were also censored. I just bought mine elsewhere even though having the uncensored book would have got me in trouble. I’m not paying full price for a defaced book.’

Commenters were stunned that the school would actually censor the bodies in an art textbook, particularly Leonardo da Vinci’s Mona Lisa, which is one of the most famous paintings in the world.

‘They for real censored the Mona Lisa? Christ there’s nothing shown in the original. It’s the tiniest cleavage line possible,’ one person wrote.

Another wanted to know what the classes were like because of the censorship.

Say what? Commenters were stunned that the school would actually censor the bodies in an art textbook, particularly Leonardo da Vinci’s Mona Lisa

Just a body: Many stressed that their is nothing dirty about nudity

Upbringing: Others admitted that they could actually relate to the former student because they’ve experienced similar things

Whoa: One person recalled having to color over anything red ‘because it’s the devil’s color’

‘I’m awfully curious what their figure/life-drawing classes were like,’ the person commented.

‘Fully clothed,’ the Imgur user explained. ‘Learned a bit but not as much as a REAL figure drawing class.’

Others admitted that they could actually relate to the former student because they’ve experienced similar things.

‘When I was a kid we had to go through every book brought in the house and cross out any picture, color over anything red (because it’s the devil’s color) and censor anything inappropriate,’ one commenter recalled.

‘According to a strict interpretation of Exodus 20:4 any image or drawing is an affront to God. By the standards I was brought up with, the people who censored this book didn’t nearly go far enough.’ 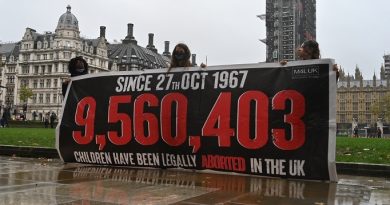 Coronavirus: Why Ester Wane is turning poetry and prayer into a podcast