Russian President Vladimir Putin has intervened in the ongoing row over a new church in Yekaterinburg.

He said the Russian Orthodox Church “should unite people, not divide them”, and called for the plans to build a church in a park to be put to a poll.

The city’s deputy mayor quickly announced construction would be suspended while a survey was conducted.

It comes after three days of protests by thousands of city residents, during which 21 people were arrested.

Protesters say that building St Catherine’s Cathedral on a park square will destroy one of Yekaterinburg’s few green spaces, which one local activist group says is “a favourite place for residents to relax”.

But the Russian Orthodox Church says it needs new churches to replace the many buildings destroyed under Soviet anti-religion laws.

What did Putin say?

Addressing a press conference in Sochi, Mr Putin asked if the protesters were “godless”, before adding:

“People usually ask for a church, and here they are protesting against it.”

The BBC’s Sarah Rainsford reports that he then said everyone has a right to a view, and if the protesters really are locals – and not “activists from Moscow who came to make a fuss and engage in self-PR” – then their view needs to be considered.

The president then said local officials should sit down with all sides and “find the optimal solution for those who live there”, by conducting a poll.

“I think the Church should unite people, not divide them,” he said. “So there need to be steps by both sides to resolve the situation for those who really live there. There’s an easy way to do this – hold a poll. And the minority has to do what the majority wants. That’s democracy. But you have to consider the interests of the minority too.”

He also said that “whoever the investors are” should make sure trees are planted near the site, for “mothers and pushchairs”.

When will the poll be held?

Yekaterinburg’s Mayor Alexander Vysokinsky later told Tass news agency that they “already started the survey today”, and that it would take at least 20 days to complete.

But there could be more than one poll. Deputy Mayor Yekaterina Kuzemka told the Interfax-Ural news agency that city officials will conduct one survey, while regional authorities will carry out another one.

And then, she said, neither of these “will be perceived by the protesting public as legitimate” – which may lead to other, independent polls being held.

“Many public organisations have been in touch saying they are ready to initiate a mass independent survey,” Ms Kuzemka added. “This is a very good initiative, we are not against it.”

Mayor Vysokinsky also said he would meet with a group of protesters on Saturday to discuss the issue.

Why are people protesting against the church?

The church has been a source of controversy since plans to build it were first announced in 2010.

On its website the local activist group in Yekaterinburg says: “To build the cathedral they want to destroy the park, which is a favourite place for residents to relax.”

Others have said that the city is in need of more, not fewer, parks.

“In my opinion there should not be a poll, there should be a referendum, in which the local residents will be informed first of all about all the pros and cons of both options,”

“This park is a place for the entire city,” Ms Malikova added. “It is a place where festivals and concerts take place. Young people from all over the city come here to hang out, to chill, so it is important to ask everyone in the city.” 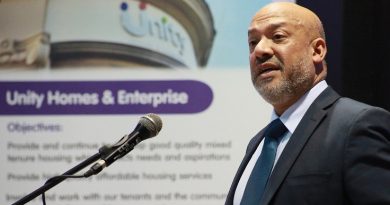