Many conservative Christian denominations have spent the past several years reckoning with their legacy of white supremacy. The darkest parts of American history are full of Christian characters, including scores of pastors and theologians. A number of still-existing denominations, among them the Southern Baptist Convention, were first formed to defend slavery*. Some well-respected Christian scholars dedicated their lives to rationalizing racial hierarchies with the Bible. And terrorist groups such as the Ku Klux Klan claimed an explicitly Protestant identity, with some pastors openly supportingtheir cause.

To reconcile this past, contemporary pastors have gathered at annual conventions to pass numerous resolutions opposing racism, albeit with occasional stumbles. A flagship Southern Baptist seminary published a reportin late 2018 detailing its own long history of support for slavery and Jim Crow policies.

“We knew, and we could not fail to know, that slavery and deep racism were in the story,”

wrote R. Albert Mohler Jr., the seminary’s president. “We comforted ourselves that we could know this, but since these events were so far behind us, we could move on without awkward and embarrassing investigations and conversations.” The denomination’s first apology for its slavery-promoting past came in 1995.

Repenting for the sins of forefathers is much easier than recognizing the racism embedded in religious institutions and cultures today, however. In The Color of Compromise, the writer Jemar Tisby challenges the notion that white supremacy is merely a legacy, and not a present reality, in the church.

It looks like Christians consistently supporting a president whose racism has been on display for decades.”

“Christian complicity in racism has not changed much after all.”

While Tisby is nominally writing for the church at large, he is specifically focused on its conservatives—“Bible-believing” Christians who come out of traditional theological backgrounds similar to his own.

A broad range of conservative Christian leaders, such as Mohler, apparently yearnto repent for their racist inheritance. Their failures—in the eyes of Tisby, who is part of an emerging generation of activists in the church—illustrate how people who think in Bible verses and call one another “brother” and “sister” sometimes misunderstand the issue of racism.

This book is partly an attempt to clarify what racism actually means. But ultimately, the writer’s goal is larger. Tisby calls on his fellow Christians to take full responsibility for their complicity in white supremacy, and to commit to changing America.

While Tisby’s take on this topic is not exactly new, it is timely: The racial divide within American Christianity has been exacerbated under Donald Trump.

According to the Public Religion Research Institute, white evangelical Protestants have consistently favored the president since he was elected, with roughly 72 percent of them expressing support in the fall of 2018.

By contrast, three-quarters of black Protestants said they viewed him unfavorably in the same poll. Black Christians expressed despair when the president was elected, both because of his racist rhetoric and past and because they felt ignored and even antagonized by their white peers. Evidence suggests that some have left majority-white churches.

And yet, prominent white Christian leaders have celebrated Trump’s presidency: One Texas church, First Baptist Church of Dallas, composed and premiered an original “Make America Great Again” hymn in the summer of 2017.

Tisby has spent years working to start conversations among white Christians about racism. He runs a blog about the black Christian experience and hosts a podcast, Pass the Mic, on the same subject. His writing has been published widely in popular outlets, and he speaks frequently on racial reconciliation at churches and universities. More recently, however, Tisby has leaned on history to help him in his work against racism.

After earning his seminary degree, he enrolled in a Ph.D. program in history at the University of Mississippi, focusing on race, religion, and social movements in the 20th century. In The Color of Compromise, he seems to see history primarily as a tool of persuasion and advocacy. “Paradoxically, although this is a book about the past,” he writes, “it is really about the future of the American church.”

Tisby’s historical frame is helpful in another way: It offers white conservative Christians language for talking about racism in a way they can accept and understand. Tisby invites these readers to walk with him through America’s past, crafting a narrative that feels safely apolitical and can be understood with scholarly remove. As Tisby gets closer to the present, however, he shows that the sins of the past may not be so different from those of today.

Instead of simply chronicling the horrors of racism, Tisby shows white Christians’ indifference toward it. In the lead-up to the Civil War, Tisby writes, the influential theologian James Henley Thornwell framed slavery as a “political” issue that fell beyond Christianity’s moral ambit. In Thornwell’s worldview, the church could “merely assert what the Bible teaches,” according to Tisby, and “must remain silent on that which the Bible is silent.”

This worldview shows up throughout The Color of Compromise. As the civil-rights movement began taking shape in the 1950s and ’60s, “people of faith may not have given their full support to the most extreme racists,” Tisby says, “but neither did they oppose racists outright or openly disagree with racist objectives.” Six decades later, closer to the present tense, Black Lives Matter activists protested police violence toward African Americans. “Many white Christians viewed the killings … as isolated events,” Tisby writes.

“They could not understand why black people and other keen observers had such strong reactions.”

Because many traditions teach that salvation is personal and individualized, Tisby argues, some Christians often frame racism as a matter of individual sin rather than systemic bias. This can engender blindness or skepticism toward theories of structural racism, which help explain the vast gaps between white and black Americans in wealth, educational outcomes, and rates of incarceration.

“Many white Christians wrongly assume that racism only includes overt acts, such as calling someone the ‘n-word’ or expressly excluding black people from groups or organizations,”

Tisby writes. In his view, this is wildly insufficient: “Being complicit [in racism] only requires a muted response in the face of injustice or uncritical support of the status quo.”

Tisby calls on “Bible-believing Christians” to educate themselves about racism, develop interracial relationships, and commit to supporting activism against racism. He encourages churches to distribute reparations from their collections, to declare a “year of Jubilee” for black members, or to fund black-led church plants. Perhaps most challengingly, he calls for firm resolve on race-related issues that some consider strictly personal or politically inflammatory:

Take down Confederate monuments. Don’t send kids to schools that have become segregated through zoning codes or high tuition. Oppose police violence toward people of color. And don’t support a president who has “obvious racist tendencies.”

As Tisby himself acknowledges, these recommendations might seem painfully obvious to some, especially his activist peers. But Tisby’s ideal readers may be the people who are ready to pick up a book about Christianity and racism and be challenged by what they read. Step-by-step instructions for reducing racism are useful only if they reach people who don’t already agree with Tisby’s ideas.

In the final anecdote included in the Southern Baptist Theological Seminary’s report, the authors detail a 1961 visit to the seminary by Martin Luther King Jr. Hundreds of students crowded into the campus chapel to hear him speak; a group of them later called on the city’s mayor to desegregate its restaurants.

Members of white churches around the South were appalled. White southerners wrote letters to protest King’s appearance and voted to withhold funds from the institution. Eventually, the school’s president, Duke McCall, apologized for King’s visit.

The authors of the 2018 report describe McCall as a “moderate” who wanted to maintain the “honorable middle ground” on civil rights and segregation. This is where the seminary report ends—without extending the analysis to the current day.

Then, as now, white Christians were willing to consider issues of racism, but wanted to do so with the comfortable backing of consensus. Then, as now, activists in the church were sidelined: Tisby writes that he and his peers are often called divisive, offensive, radical, misguided, and more.

Fifty-five years after the passage of the Civil Rights Act, and 154 years after the end of slavery, it is true that racial dynamics are different in America, and within the American church. Still, the patterns of history, and the tug of moderation, remain the same. That’s where this book offers value: Tisby is the rare writer on race who could have impact in rooms where progressive consensus cannot be assumed. 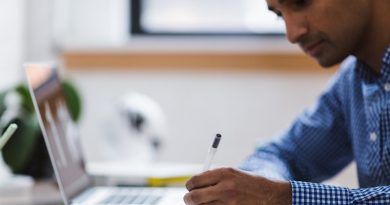 10 Tips for Finding a Ministry Position During the Pandemic