A footballer who was allegedly racially abused by a spectator at a cup final has said he feels frustrated by the apparent lack of action.

The Saturday Vase Final between FC Wymeswold and Cosby United on 3 April was halted after 78 minutes.

Wymeswold’s Linford Harris, who quit football after the incident, said “sheets of evidence” and videos were handed to the FA and police weeks ago.

Leicestershire Police said no arrests have been made and inquiries continue.

The amateur game was held at Holmes Park, Whetstone, Leicestershire, in front of a crowd of about 200 people.

Linton Harris, 24, who had played for Wymeswold for three years, said he was racially abused by a spectator when he was shown a red card, which led to a confrontation.

He said despite statements being made and told that the police would be in touch, nothing has come of the investigation so far.

“We gave them names and they said they would look into it,” said Mr Harris.

“There were eight or nine sheets of evidence so it is strange because we have not heard anything since which is crazy really. We have sent the videos too…

“Nothing seems to be moving. No-one has had a call. It is not getting dealt with.”

Mr Harris added that he last spoke to Leicestershire & Rutland County FA about a month ago.

Leicestershire FA said that its own “processes are on hold” while the force continues its investigation and will “fully support” officers with any requests.

However, a new anti-discrimination group, based in Leicestershire, told the BBC that racism has never really gone away and children as young as seven have experienced discrimination at matches.

The Black, Asian and Minority Ethnic Football Forum (BFF) has begun collating grassroots experiences of discrimination from across the country. 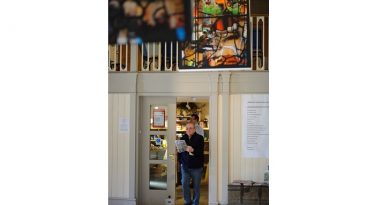