It’s long been suspected that black girls are perceived as more adult-like and less innocent than white girls in school and other environments, and a new report offers further confirmation that this is the case.

Researchers with the Initiative on Gender Justice and Opportunity at Georgetown Law’s Center on Poverty and Inequality spoke directly toblack girls and women across the country about how they are forced to deal with harmful perceptions — like that black girls are more mature and less in need of protection than other students — from a young age.

This phenomenon, which the researchers refer to as “adultification bias,” was examined in a 2017 report from the same team. The latest report builds on those findings by including the lived experiences of black women and girls. It’s also worth noting that manyof the women cited in the report recalled dealing with the same sorts of issues in their childhoods, showing that this is far from a new problem.

According to participants in the Georgetown study, which was released on Wednesday, “when Black girls express strong or contrary views, adults view them as challenging authority or, more fundamentally, simply assume a girl’s character is just plain ‘bad.’”

This bias also likely plays a role in the increasing use of discipline against black girls in the classroom, by law enforcement, and in interactions with authority figures, even though they are no more likely to misbehave than white girls.

“It’s really striking that in the context of childhood, which is the epitome of innocence, black girls are not getting the benefits of being viewed as innocent,” Rebecca Epstein, the executive director of the Georgetown Law Center on Poverty and Inequality, told Vox.

In their first report on this issue in 2017, the Georgetown Law researchers found that black girls as young as 5 years old are already seen as less innocent, and needing less support, than white girls of the same age. This presumption led teachers and other authority figures to treat black girls as older than they actually are and more harshly than white female students, with the disparity being particularly wide for 10- to 14-year-olds.

For the new study, researchers held several focus groups with black women and girls, which were broken up by age — girls as young as 12 and women as old as 60 participated. They asked them to respond to many of the findings of the 2017 Georgetown Law report, and particularly asked them if the findings about adultification bias aligned with their own life experiences.

Their overwhelming response was yes. By and large, the women and girls in the focus groups said that they had a “well, of course” reaction to the 2017 report, confirming that they were often treated more harshly than their white peers and were often accused of having “attitudes” and being “aggressive” when they attempted to defend themselves or explain their points of view to authority figures.

“Black women and girls really attributed the source of this to the historical roots of slavery and the intersectionality of being black and a woman,” says Jamilia Blake, a Texas A&M professor and a co-author of the report. “These issues didn’t come out of the blue.”

Women in the focus groups also added other suggestions for what could be behind this discriminatory treatment. They pointed to a number of factors, including “negative stereotypes of Black women, as well as racism, sexism, and poverty.” They also shared a belief thateducators may be punishing black girls for failing to conform to “feminine” or “ladylike behavior” and forcing black girls to meet different standards.

The result is that across the country, when a black girl misbehaves, her behavior is often treated as a deliberate, calculated infraction, rather than as a child making a mistake. Comments from women and girls in the focus groups provide further insight into the ways black girls have experienced this in their daily lives.

One 15-year-old girl described a traffic stop where a police officer criticized her for not carrying identification, telling the girl that she was lying about her age, assuming that she was older. When the girl maintained that she was, in fact, 15, she was handcuffed and fingerprinted, and the officer told the girl that her actions put her in that situation. “He was like: ‘Well, child, you know, don’t lie to us. And if you tell us the real — your real age and real name, we wouldn’t have to be going through none of this,’” the girl recalled in the report.

Women and girls also recalled being told that they were disrespecting authority for asking questions in schools. Black girls were often punished for vague things like “having an attitude” or “defiance.”

“Most times when you try to, like, defend yourself, they see how you’re talking back,” a participant in a 17- to 23-year-old focus group said. “And then they’ll be like, ‘There’s consequences,’” which could mean detention or suspension. “They always feel like you’re talking back, but you’re really not. You’re just trying to defend, like, get your side across,”

Many of the women and girls who spoke to researchers also described having to deal with people’s expectations that they were angry or aggressive. Starting in childhood, black girls are seen as “sassy,” or accused of having attitude problems, perceptions often rooted in stereotypes of the “angry black woman.”

In other cases, black girls are subjected to sexualization, with people accusing them of being “fast” or of trying to attract male attention with their clothes. The latter, which seems to align with the ways black women have historically been oversexualized and subjected to the “Jezebel” stereotype (a belief dating back to slavery that frames black women as hypersexual predators looking to corrupt men) has been linked to issues with school dress codes.

The National Women’s Law Center noted in a 2018 report that black girls are more likely to be penalized for wearing the same things as other girls, and their bodies are often sexualized by teachers and school authority figures, who then punish them for minuscule or nonexistent clothing infractions.

Taken together, these presumptions lead to black girls being held to a different standard, and facing punishments for not fitting a specific definition of quiet, reserved femininity. In so many ways, a woman in one of the focus groups observed, “we’re told to be smaller, quieter, lighter, prettier.”

It’s likely that these biases fuel a number of growing disparities that black girls face when interacting with law enforcement, schools, and the justice system, and this may have a heavy impact on their future.

A number of systems are failing black girls, and it’s fueling inequality

The Georgetown Law report is just the latest in a growing body of research looking at the systemic ways black girls are penalized and discriminated against from a young age. And as a new report on the criminalization of black girls in USA Today notes, a large part of the problem is that institutional systems are simply not prepared to help them.

A 2012 report from the African American Policy Forum, for example, noted that when it comes to school discipline, black girls are often punished more severely in school because they are seen as more aggressive and less feminine than white girls.

And this institutional failure to address this problem means that more and more black girls are being pushed into the school-to-prison pipeline.

Federal civil rights data has found that black girls are five to six times more likely to be suspended from their schools than white girls. Black girls are a relatively small percentage of the national student population but accounted for more than 40 percent of girls with multiple out-of-school suspensions in the 2011-’12 school year, according to the Education Department’s Office of Civil Rights. In every state in the country, black girls are more likelyto be suspended or referred to the juvenile justice system than their white peers.

It’s also likely that the perception of black girls as older and less needing of protection plays a role in high-profile incidents involving police use of force against black girls, like when a teenage girl was thrown in the classroom by a school resource officer in South Carolina in 2015, or more recent incidents, like an 11-year old girl being tasered by a police officer for allegedly shoplifting, a 14-year old black girl being struck and violently arrested by police in Coral Springs, Florida, or an incident this past January where four 12-year-old black and Latina girls were suspected of drug use and allegedly strip-searched in their New York school because they appeared “hyper and giddy.”

And in some areas, like Washington, DC, the number of girls being pushed into the juvenile justice system is actually increasing even as efforts to help black boys leads to declines in their arrests.

While school discipline and interactions with law enforcement are among the most serious ways that misperceptions of black girls can negatively affect them, there are other ways that this bias can have an impact. For example, there’s a possibility that black girls being seen as older can affect their access to mentorship and leadership opportunities in the future, since they’re seen as less in need.

“Across all systems, this can have a negative impact,” Blake says. “The individuals who are making these decisions are making high-stakes decisions, if they’re operating under this bias and they’re in decision-making positions, that can have significant impact on black girls and, eventually, black women.”

Of course, while awareness of these issues has increased in recent years, researchers also say it’s necessary to examine the issue further, particularly when it comes to understanding the lasting effects this adultification bias has for black women.

The report does offer some solutions beyond raising awareness of the issue, adding that educators and authority figures must also take action by improving their cultural competence and learning how to communicate with black girls effectively. Researchers are also encouraging black women and girls to share their stories and talk about how this bias has affected them on an online platform that was launched alongside the new report.

Black women and girls involved in the focus groups agreed that these solutions are a helpful step in understanding the ways bias and racism affect them. But they also expressed skepticism that more data about the problem would be enough to change these biases. As one focus group participant explained, “[W]hat this will do is help me win the argument … [but that] is different than getting them to do something about the problem.”

As efforts to increase knowledge and force change continues, researchers say the most important thing is for people interacting with black girls to remember that they are just that: girls.

“Those in [positions of] authority over black girls lives need to treat girls based on their developmental age, not their race,” 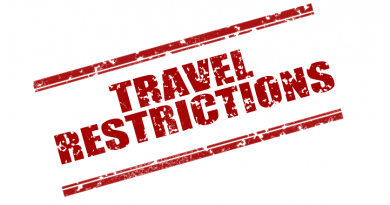 Covid-19 and tourism: what is the future of business travel?