The country’s elections took place on 17 April with 190 million voters casting their ballots to elect a new president, members of the parliament and local legislators. The official results will be announced on 22 May.

While Widodo had the support of Christians in areas like Papua, North Sulawesi and Nusa Tenggara Timur, his opponent, Prabowo Subianto, found support in conservative Muslim areas such as Aceh and West Sumatra.

A local Christian told Open Doors that Widodo got support from Indonesian Christians because:

“He has been developing the infrastructure in Eastern Indonesia, where most Christian-majority regions are located. Many of these places were ignored and under-developed during previous regimes.”

Past governments had concentrated economic development support on Java Island, one of the country’s main tourist destinations where the major ethnic group are Javanese. Sixty percent of the 260 million Indonesians population reside on the island.

Despite support from local Christians, Widodo has been criticised for not protecting the rights of the minorities, for keeping silent about church closures and the criminalisation of religious cases. One of the most prominent cases was that of Ahok, the former governor of Jakarta, who was accused of blasphemy and sentenced to two years in jail in May 2017.

Since a law of ‘religious harmony’ was passed in Indonesia in 2016, more than 1,000 churches have been closed or prevented from being built in the country. The law required the minority religious groups to obtain the permission of the local majority group before building places of worship.

Indonesia is number 30 on the World Watch List, Open Doors’ ranking of 50 countries where Christians experience the most extreme persecution.

The 32.4 million Christians in Indonesia make up 12.1 per cent of the total population of 266 million. The majority of the population are Muslims.

Although Indonesia’s constitution promotes religious freedom, Islamic extremist groups are becoming more influential in pushing for an Islamic nation. The country’s Aceh province adopted Islamic law (Sharia) in 2001, which poses a threat to Christians and other religious minorities. Christians from Muslim backgrounds often face persecution from their families and communities and are put under pressure to renounce their faith. While Christians in Indonesia don’t usually face violent persecution, in 2018, 18 Christians were killed and many more wounded in a co-ordinated suicide bomb attack on three churches in the city of Surabaya. 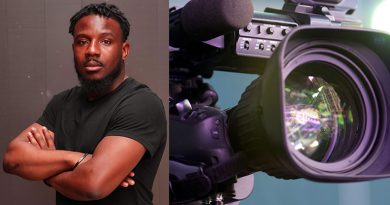