Sunderland-born Emeli Sande has been named as the new chancellor of the city’s university.

The multi-platinum selling singer-songwriter will follow in the footsteps of Olympian Steve Cram, who is stepping down after 11 years in the role.

Her parents met while studying at the then-polytechnic, and her birth in 1987 coincided with their graduation ceremony – so they could not attend.

At her first ceremony as chancellor she will confer the academic award on them.

Ms Sande moved with her family to Aberdeenshire in Scotland when she was four, and studied at the University of Glasgow.

She wrote her first song at the age of 11 but was thrust into the spotlight in 2012 when her debut album, Our Version of Events, spent 10 weeks at number one and broke a chart record set by The Beatles.

In 2017, she was appointed MBE for her services to music.

“Education and music are both central to who I am and I believe that both have the power to change lives for the better.

“So I am delighted that I can combine my passions in this new role.

“I plan to use my time to help others see their worth, realise their potential and break down barriers, whether real or imagined.”

“She is a committed advocate for social justice, gender equality and access to education [and] will be an outstanding role model for our students, graduates and staff.”

Ms Sande will be installed at a ceremony on 10 July. 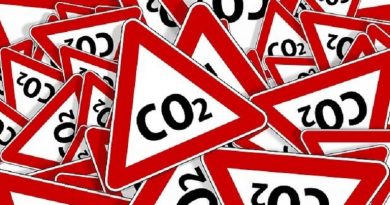 Faith institutions divest from fossil fuels ahead of G7 and COP26