When the Rev. Jaymes Robert Moody takes his pulpit to preach, sometimes he pictures the graveyard.

That is where his congregation was born.

It was called Georgia Cemetery — named, he has been told, for the place the enslaved were stolen from before being sent to work the fields in Huntsville, Ala.

That graveyard, and those who founded what is now St. Bartley Primitive Baptist Church in 1820, weighs heavy on the young minister who now leads the congregation. It is not lost on him that the Gospel he preaches, the Gospel so many black people embraced to sustain them through the horrors of beatings and rapes, separations and lynchings, separate and unequal, is the same Gospel used to enslave them.

“That’s the history of the black church,” said Moody, who at 29 leads a congregation of 2,000 members that will celebrate 200 years in existence next year.

As America commemorates the 400th anniversary of the creation of representative government in what would become the United States, and the first documented recording of captive Africans being brought to its shores, it is also grappling with the ways the country justified slavery. Nowhere is that discussion more fraught than in its churches.

“Christianity was pro slavery,” said the Rev. Yolanda Pierce, dean of the divinity school at Howard University. “So much of early American Christian identity is predicated on a pro slavery theology. From the naming of the slave ships, to who sponsored some of these journeys including some churches, to the fact that so much of early American religious rhetoric is deeply intertwined … with slaveholding: It is pro slavery.”

Some Christian institutions, notably Georgetown University in the District of Columbia, are engaged in a reckoning about what it means that their past was rooted in slaveholding. But others have not confronted the topic.

“In a certain sense, we’ve never completely come to terms with that in this nation,” Pierce said.

The Africans who were brought to America from 1619 onward carried with them diverse religious traditions. About 20% to 30% were Muslim, Pierce said. Some had learned of Christianity before coming to America, but many practiced African spiritual traditions.

Early on, many slaveholders were not concerned with the spiritual well-being of Africans. But few had qualms about using Christianity to justify slavery.

Some theologians said it was providence that had brought Africans to America as slaves, since their enslavement would allow them to encounter the Christian message and thus their eternal souls would be saved, said Mark Noll, a historian of American Christianity.

Some preachers encouraged slave owners to allow their slaves to attend worship services — though only in separate gatherings led by white pro slavery preachers. They had to be seated in the back or the balcony of a segregated church. Those men of God argued that the sermons on the injunction in Ephesians and Colossians, “slaves, obey your earthly master,” would promote docility among enslaved workers.

The Museum of the Bible in Washington displays a “slave Bible,” published in 1807, which removed portions of Scripture including the Exodus story that could inspire rebellious thinking.

Some ministers promoted the idea that Africans were the descendants of Ham, cursed in the book of Genesis, and thus their enslavement was fitting.

“That biblical interpretation is made up of whole cloth in the 15th century,” Noll said. “There’s just no historical record of any seriousness to back it up. It’s made up, at a time when Europeans are beginning to colonize Africa.”

Slaveholders frequently noted that the Israelites of the Old Testament owned slaves.

Abolitionists tried to make arguments against using the Bible to justify slavery, but they were in the minority.

The foremost objectors, of course, were black people themselves. Large numbers adopted the faith, and they quickly began remaking it into their own.

“Literally as soon as black people took pen to paper, we are arguing for our own liberation.”

Those books and broadsides challenging prevailing biblical interpretations were savvy.

“They very quickly learned that the only way we can be heard is to speak the language of our slaveholders, to speak to them about the text that they love, that they believe in,”

In the generations since — including during the civil rights movement of the 1960s, as well as a present-day movement spurring new interest in African religions — some black people have rejected Christianity as the religion of the oppressor. Many have embraced Islam or have explored African traditions; young adults today include complaints about the church not doing enough to address racial injustice on their long list of reasons for leaving church.

But for vast numbers, both centuries ago and now, Christianity motivated and uplifted with the promise of heavenly rewards and the possibility that their reward might come on earth, too. Christianity brought enslaved Africans “this powerful and profound sense of hope,” Pierce said. “That Jesus would return. That there is a life and world after this life. That what is going on with the human body, the mortal realm, is just temporary. That there is eternity. That you will be rewarded, you will experience joy and peace and comfort. … That this God is a God of transformation.

“No wonder it was embraced.”

That conversion did not come without questioning the faith that brought both oppression and liberation.

“More than anything, this challenged them the most: The challenge of believing in a God that at the time was used to intend to pacify, but still believing in the God that could provide freedom,”

The religion of black Christians and white Christians is constructed on the same tenets — the belief in an almighty God, Jesus Christ as savior and the Holy Spirit as comforter. But the division that began with such wildly divergent interpretations of the Bible’s message about slavery would only expand. As of 2014, 80% of American churchgoers attended churches where at least 80% of the congregation is of only one race, according to Pew Research Center.

“The church gave spiritual sanction [to racism], both overtly by the things that it taught and covertly by the critique that it did not raise,” said Bishop Claude Alexander, who leads The Park Church in Charlotte, N.C.

Political priorities vary widely. White evangelicals tend to be more focused on issues such as abortion and sexuality, while many black Christians rate issues of economic and racial inequality and criminal justice higher, Alexander said.

“How does one account for that difference in priority when these groups basically believe the same thing?” he asked. “If I’ve never experienced oppression or marginalization outside of the womb, then it’s easy for me to make what happens inside the womb a priority.”

“There’s no quote-unquote ‘theology’ that’s not shaped by context,” Alexander said, adding that racialized violence is the context that has always shaped America and the American church, Alexander said. “It was the amniotic fluid out of which our nation was born.”

They will travel together to the sites of America’s unhealed racial wounds. To the lynching memorial in Montgomery, Ala. To Charleston, N.C.’s, harbor, where so many enslaved people were transported that, to this day, 60% of black people can trace their history back to that bloody port. To Virginia, where the first enslaved Africans set foot on this soil in 1619.

Perhaps, he hopes, they will leave their pilgrimage ready to face the fifth century since then with a bit more grace.

Stop Striving! Learning How to Tap into God’s Heavenly Resources by By Grace Gladys Famoriyo 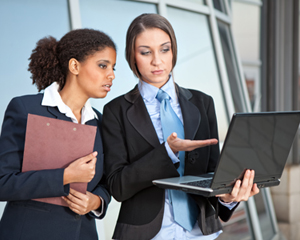 The wise women and money