We live in a world that is constantly evolving, and we are continuously being introduced to new cultural and social groups. Different generations challenge each other to understand and accept abstract mindsets that are diverse and complex. It is always interesting to learn from one another and explore the views and perspectives of our acquaintances. And religion is one of them.

84% of the earth’s population identifies with a religious group. In fact, Christianity is by far the world’s largest religion with 2.3 billion followers. That is nearly 31% of the global population. Islam follows with 1.8 billion followers, and then Hinduism with 1.1 billion.

In the United Kingdom, while 25.7% of its population identifies as atheist, agnostic, or non-religious, 59.5% associate themselves with the religion of Christianity. Therefore, religion plays an essential role in society and contributes to the passing of numerous laws and policies. Due to the popularity of religion, people are keen to travel across the globe to preach and attract more people to join their religious groups, and several communities that have been formed in the past have changed people’s lives in a positive way.

However, the Government has recently announced some changes to the Tier 5 Religious Worker Visa. Previously, religious workers were allowed to perform roles, such as preaching or leading a congregation, without having to possess adequate English language skills. Now, they will be directed to the Tier 2 Minister of Religion Visa, where they must prove their ability to speak a good level of English.

The Minister of Religion Visa – or Religious Worker Visa – allows you to enter and live in the UK, as long as you take on a position as a minister of religion, missionary or religious worker. An additional requirement for obtaining such a visa is that the job must come from a registered Tier 2 UK Sponsor licensed to employ nationals from overseas, and the employee must prove that they have enough maintenance funds to support travel and any dependents they are bringing along to the UK. However, the new requirement demands a stricter level of English ability.

This change can be considered positive on the one hand, as it means that those who can speak English fluently will be able to continue their work. However, those who do not meet the standard of ability will not be eligible for a visa.

The Government has introduced this as an additional barrier for religious workers to climb over when applying to come to the UK. Diversity is celebrated and welcomed across many churches and places of worship in the UK, and English-speaking ability matters little when religion and passion speak many languages. Not to mention that many preachers and other religious workers learn the language as they go, and many people flock to hear them speak regardless. These people should not be declined entry on the basis of their English ability, as they are still able to deliver moving speeches in their mother tongue and within their religious group.

Another key change that has occurred to the Tier 5 Religious Worker Visa refers to the length of time a minister or preacher can stay in the UK. While the visa allows workers to stay in the UK for up to two years, applicants were continually applying for Leave to Remain, granting them continued residency in the UK. Now, however, the Government has implemented a so-called ‘cooling off period’, in which religious workers must leave the country for at least one year after their Religious Worker Visa expires. This visa is only temporary, and can no longer be extended.

In order to apply for the Tier 5 Religious Worker Visa, the employee must have a Certificate of Sponsorship from their UK Sponsor (ie. their employee). Additionally, they must have £945 in savings, so they can provide evidence that they are able to financially support themselves. This amount must be in their bank account for 90 days prior to the application.

With the new change, people have to leave the UK for at least a year in order to reenter and continue their religious work. This ‘cooling off period’ will indeed have a negative impact on religious workers, as they won’t have access to religious ministries, and it would make it extremely difficult to remain in their country of origin for a longer period of time. The change will take away the chances of many who wish to deliver their talent and wisdom to their religious groups in the UK.

All in all, it is disappointing to see how the policies and laws in the UK are changing, with the sole intention, it would seem, being to deny entry to as many foreign nationals as possible. The UK, and especially its capital London, is widely known for its diversity, and is seen as a place where people from all walks of life can gather and share their views, opinions and faiths.

These new changes the UK Government has introduced will have a negative impact on religious workers, and threatens the future of, for example, churches and religious ministries. Declining nationals from overseas will also block and prevent so much talent and innovative as well as inspiring views and convictions from flowing into the UK. The consequences of these new policies can only be detrimental to religious groups and to our society as a whole. 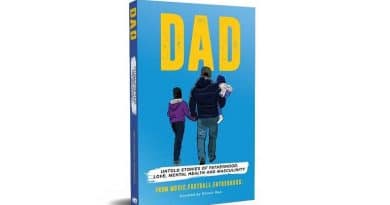