The circumstances have been similar: they cross the southern US border without the proper documents, get detained by border patrol agents and, shortly after, die of health complications.

Six children have died since September while in US custody. Just this week, US authorities said a 16-year-old Guatemalan migrant had died on Monday and revealed that a 10-year-old girl from El Salvador died back in September.

The deaths of the six minors, five of them from Guatemala, have led to questions about the treatment provided by US authorities. However, Customs and Border Patrol (CBP) claims to be “committed to the health, safety and humane treatment of those in our custody”.

Previously no migrant children had died in federal custody since 2010, according to US government officials.

These events have coincided with a record number of migrant families – most of them from Central America – crossing the border unofficially.

Hundreds of thousands of Central American migrants have been seeking asylum in the US, fleeing extreme poverty and insecurity.

Border Patrol stations have become overcrowded and temporary shelters have been created in states such as Texas.

This is what we know about the deaths of these children, and why they migrated to the US.

The Salvadorian girl was in a “medically fragile” state when she was admitted in an Office of Refugee Resettlement (ORR) facility in San Antonio, Texas, on 4 March 2018, according to a CBS News report that quotes Mark Weber, a spokesperson for the US Department of Health and Human Services (HHS).

The migrant, who came unaccompanied, had a “history of congenital heart defects” and went through surgery that, after complications, left the child in a comatose state, Mr Weber said.

“She was transported to a nursing facility in Phoenix, Arizona for palliative care in May after release from a San Antonio hospital,” the official added.

“On September 26, she was transferred to an Omaha, Nebraska, nursing facility to be closer to her family. On September 29, the child was transported to Children’s Hospital of Omaha where she passed due to fever and respiratory distress.”

Officials are required to notify local child welfare authorities and report such deaths internally, but it’s not mandatory to announce them to the public.

The Consulate General of El Salvador in Aurora, Texas, told CBS News on Wednesday that they had no previous knowledge of the girl’s death and said they would try to track down her family.

Hernandez was taken into custody on May 13 at the border city of Hidalgo in south-east Texas, according to the CBP.

On 19 May, the teenager was diagnosed with flu and given medicine. He was transferred to the Welasco Border Patrol Station, 25km (15 miles) east, reportedly in order for the illness to be contained.

On Monday, he was found unresponsive. An official cause of death has not been announced.

The day after his death the CBP announced the McAllen centre had been temporarily closed after a “large number” of those held began to show flu-like symptoms.

The centre would not take any more migrants for the moment “to avoid the spread of illness”, the CBP said.

Carlos’s brother in New Jersey told broadcaster CBS of his shock at his death in the country he had come to for a better life.

The teenager was from the central region of Baja Verapaz, the Guatemalan authorities said.

The Foreign Relations Ministry of Guatemala issued a statement asking families “not to expose the lives of their children by sending them on an irregular trip to the United States, which is very dangerous”.

Under federal law, minors should normally be transferred to a Health and Human Services (HHS) shelter within 72 hours of their detention. This was not the case with Hernandez.

Amnesty International condemned his death and demanded an “independent investigation” of the case.

The toddler died on Tuesday, just over a month after his mother was detained with him near the Paso del Norte international bridge, which crosses the Rio Grande and connects Texas with the Mexican state of Chihuahua.

A CBP official told BBC Mundo that three days after they had been detained on 3 April, the mother warned border agents that her son was ill, which led to him being transferred the next day to a children’s hospital in the border town of El Paso.

The mother and her son, whose names have not been disclosed, were released from CBP custody once the minor was hospitalised.

The boy “had a high fever and shortness of breath,” Guatemalan Consul Tekandi Panigua told NPR on May 16.

He added that his health worsened the following days and that the consulate was still awaiting a report stating the cause of death before repatriating the child’s body.

The Guatemalan teenager died on 30 April in a Texas hospital while in federal custody due to complications with a brain haemorrhage, according to local media reports.

However no official statement about what led to his death has yet been issued.

De León showed no signs of any medical complications when he was transferred from the Border Patrol station to a shelter on 20 April, according to statements by the Administration for Children and Families (ACF).

The shelter was located in Brownsville, more than 1,000km from El Paso, where he had been detained as an unaccompanied migrant, Guatemala’s government said.

A day later, he started suffering symptoms such as fever, chills and headaches. Authorities then transferred him to a hospital, but he was released from the medical centre 24 hours later.

When he became ill again he was taken back to a local hospital that later transferred him to a children’s hospital. He remained in the intensive care unit for several days until he died.

De León was originally from a rural town located at the border of Guatemala and Honduras, a region with high levels of malnutrition and poverty.

“The young people, elderly people, a lot of people are leaving because there are no jobs here,” De León’s mother told Reuters.

Felipe Gomez Alonso passed away on 24 December while in the custody of border authorities. He had been diagnosed with a common cold and fever.

The official cause of death is still unknown.

The boy had travelled with his father for almost a month from his hometown in northern Guatemala, Yalambojoch, to El Paso.

“(His death) has affected us greatly and even now we can’t understand it. It’s hard to believe it happened,” Felipe’s older sister Catarina told the BBC at his funeral in January.

Their mother said her husband and son had emigrated with the purpose of eventually providing for the family, who did not have the means to pay for basic necessities such as firewood and electricity.

Felipe’s death led the Department of National Security of the United States (DHS) to announce measures for migrant children to undergo a comprehensive medical examination after being detained.

She crossed the border on 6 December with her father and a large group of migrants into Antelope Wells, New Mexico, a desert zone in the south-eastern US.

“After completing a days-long, dangerous journey through remote and barren terrain, the child, who according to the father had not been able to consume water or food for days, began vomiting, went into sepsis shock and after receiving emergency treatment from US Border Patrol Emergency Response Technicians (EMTs), air paramedics and emergency room personnel, died”, said the DHS in a statement.

Three months after her death, an autopsy report said the “septic shock” had led to an infection that caused a “multiple failure of her organs”.

But lawyers for her family responded by saying that they would continue to demand an independent investigation into Jakelin’s death. 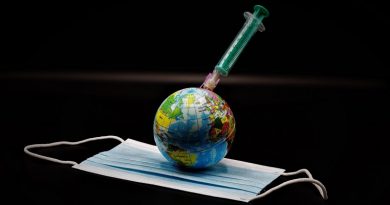