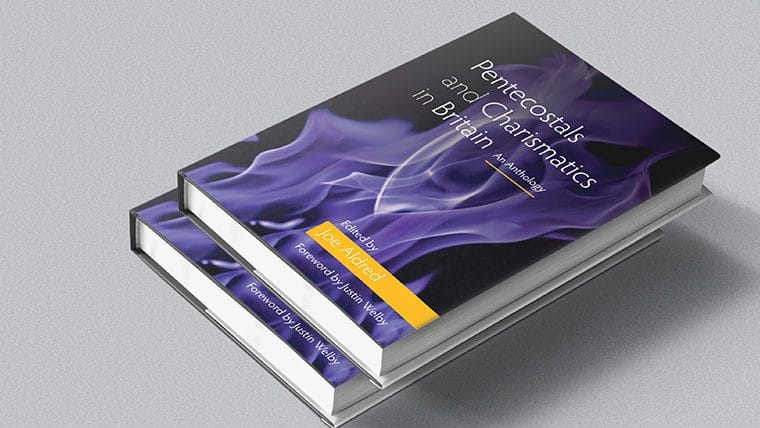 The eve of the publication of my next book, an edited work entitled Pentecostals and Charismatics in Britain: An Anthology, seems a good moment to reflect on the contribution of Pentecostalism to Christianity.  As readers of the anthology will discover, Pentecostalism, which burst onto the scene at the start of the 20th Century, is viewed by some as a kind of Second Reformation – this time awakening the Christian Church to the missing ingredient of an immanent God expressed as transformative power. This eruptive awakening is not without its challenges. For example, as one commentator observes: “Pentecostalism has succeeded in creating more schisms in a century than it took the rest of Christianity in two thousand years” (see Allan Anderson’s chapter in the book, p.139).

Whether as renewal energy within mainstream Christianity, or as a reforming movement in its own right, Pentecostalism – and its offshoot, Charismaticism – has tended to divide, cell-like, in order to grow.  This can be viewed as healthy diversification or unhealthy fragmentation.  However one views it, the last one hundred-plus years have seen Pentecostal and Charismatic expressions of Christianity surge around the world, challenging downward trends in so-called developed western countries.  Pentecostalism brings a certain certitude and confidence to the Christian faith worldwide. As my church sings: “If God is dead, tell me who is this living in my soul?”

Pentecostalism demonstrates that God still works through base people, those on the underside of our rich world.  We see this in the recorded happenings at the Azusa Street Mission in Los Angeles (circa 1906-1909), recognised as part of a simultaneous combustion of Pentecostalism in various parts of the world, including Britain. At Azusa Street, people began to rediscover ‘signs and wonders’, such as healings and glossolalia, previously abandoned or unknown in a modern church that had become weakened and ineffectual as a result.  From Azusa Street, and other places around the world, the supernatural has become near normal in today’s Church, and this is owed to the rise of Pentecostalism in the modern Church.

A feature of Azusa Street is that it was located among the poorest areas of Los Angeles (see Andrew Davies’ chapter, p.7).  This was where God chose to pour out His Spirit.  The Mission was led by a one-eyed Black man, William Seymour, son of enslaved parents living under Jim Crow laws, with little by way of formal education or status to commend him. Seymour is totemic of how Pentecostalism raises up the disfranchised, poor and marginalised. As Mark Sturge (p.180) reminds us, God has never been uninterested in the plight of the poor. We recall too that the first century disciples of Jesus turned apostles were drawn from among the common people. The ‘fringe churches’ that resulted represent a grassroots movement challenging the status quo.  Pentecostalism therefore empowers even illiterates, who, moved by the Holy Spirit, build and lead churches without the approval of ecclesial hierarchy.

However, it is instructive to note that what became the litmus test of classical Pentecostalism, namely glossolalia, was the construction of a White man, who obeyed Jim Crow laws that required the exclusion of William Seymour from being in the same classroom as White students.  Charles Parham, ‘the theological father’ of the movement, was principal of a Bible school in Topeka, Kansas, and it is his brainchild of ‘initial evidence’ that remains central in much of Pentecostalism today. While rightly understood as empowering the poor and the laity, by making participation in leadership more reachable than in ‘established’ or ‘mainstream’ churches, the privileged, better educated and trained still play pivotal roles even as the phenomenon continues to spread in the poorer global South more than in the wealthier global North.

Pentecostals tend to see Acts 2 as a key point of reference for the belief that the Holy Spirit has come among the Church and operates miraculous power. Making the powerless powerful is a key performative trait, and pneumatological experience is understood as transformative (Forster p.35).  This exercise of divine power challenges cessationist ideology, and promotes a church of power capable of engaging with and overcoming the principalities and powers that seek to hinder the work of God in the world.  Pentecostals contrast nominal (William Kay’s chapter, p.53) Christian practice with those filled with the Holy Spirit and committed to affecting their community and world for good by the transformative power of God. Pentecostals live their lives in expectation that God is immanent and personal.

For Pentecostals, it is Scripture that stands undisputedly and supremely at the hegemonic pinnacle of belief as a theological and doctrinal source.  ‘Bibleology’ (or a reliance on the Bible) embraces the Reformers’ Sola Scriptura mantra (Anderson p.138), and holds fast the inerrancy and infallibility of the Bible.  Some critics of Pentecostalism view these as simplistic and fundamentalist approaches to scriptural understanding. However, Pentecostals continue to remind the Christian Church of the significance of Holy Writ, and its centrality to the faith of the Church.  Even as some Pentecostal pastors tell their congregations: ”The only book you need to read is the Bible” (Davies p.12), it is apparent that, from the beginning, Pentecostalism has promoted engagement with wider publication genres.  Yet there is little doubt that while other sources are embraced for knowledge, the Bible stands as supreme authority in Pentecostalism.

Finally, if you have never visited a Pentecostal church, particularly a Caribbean- or African-led one, you really should. Probably the first thing that will impact you is the sheer joy of the worshippers. You may even find this in Pentecostals outside of church too! Pentecostal ecstatic communal worship, marked by spontaneity and creativity (Daniel Akhazemea p.73), is a trademark everywhere – an essential ingredient of a people filled with the Holy Spirit, and for whom joy is one of the gifts freely given. The use of polyrhythmic handclapping, tambourines, drums, percussions, bass, guitar, keyboards, choirs, soloists, and so on, have transformed the mode of worship across almost all churches. Dancing and jumping in worship in church is now commonplace; this was not so in the UK fifty years ago (Akhazemea p.80). This infectious joy, along with much besides, represents a flavour of how Pentecostalism has impacted the whole Church, proving as some sang: “This joy that I have, the world didn’t give it to me; the world didn’t give it and the world can’t take it away.”

Bishop Dr Joe Aldred is a broadcaster and ecumenist. He is responsible for Pentecostal and Multicultural Relations at Churches Together in England, and Honorary Research Fellow at the University of Roehampton. 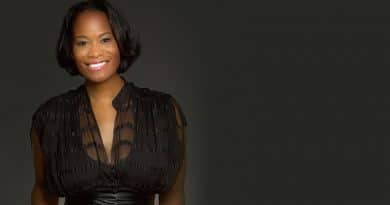 What is Your Dovetale? by Deborah Lassiter 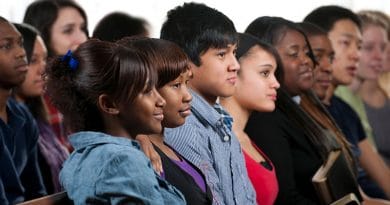 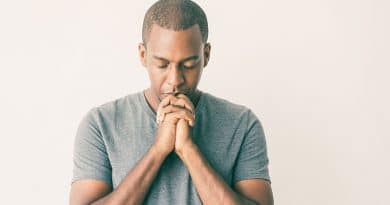 To Decree or Not to Decree? That is the question… by Rev Stephen Brooks