Inspired by Prince Harry, Duke of Sussex, and Meghan, Duchess of Sussex

ROYALTY animation television series is about a ‘Royal’ family’s dynasty, whose foundation is built on love, compassion, friendship, harmony, humanitarian services and more. The kindness and grace exuded by fictitious characters, Prince Andrew and Princess Caroline, are reflected in the humanity of the children throughout each heartwarming episode.

The enchanting, musical and fun-filled episodes support, endorse and recognise 5-0 Entertainment’s inherent message, The Dream is Everything’, for all children around the globe. They also embrace the banner of the Royal Foundation: ‘Making a difference together’.

Creator Melanie Greene says: “As the creator, I was inspired to produce elements that would belong to a ‘2019 future’, creating a stylish reality that was based on a familiar style from our real world, simplified purposefully, boiling down elements to their essence. The results are a welcoming environment that is intriguing, something we have never had in animation: our backdrop of England’s Royal Family.

“The material chosen for the decor and exteriors suggests a fun and lively future. It was highly inspired by the design dynamics of my Apple computer, which uses various futuristic materials in a fun way, while giving the impression of a well made object – nothing cheap! The music and the frame count will play an important role in the overall success.”

“One can only hope that what is currently a busy activity for many will some day be a magical experience for all who visit our ‘Royal’ family’s animation, ‘ROYALTY’.

“Anything is possible in the future, with many encounters with other children from faraway lands, to children in their own London town… Situations will come and go, remedies will make their way to the front of the line; action, fun, abundance, excitement, potential… there is so much to see you can’t help being drawn into the animation series with an enthusiasm to discover more and more.

“Perhaps the greatest lesson that the future of ROYALTY holds, is the idea that one should “keep moving forward”; this is something I hope the audience will take each week into their hearts – especially the kids – to help stay motivated and inspired, no matter what challenges life may present.

Although our ROYALTY animation series’ stories are fictitious, every voice cast will seem as real as you see them on the screen.”

The series will also be accompanied by more than 25 adorable and exciting children’s books. The animation characters were loosely based upon their Little Melanie children’s book series and kids entertainment franchise, which owns 250 well-written children’s books. The Little Melanie characters were illustrated for the book series franchise more than five years ago. However, it was the inspiration of Prince Harry, Duke of Sussex, and Meghan, Duchess of Sussex that captured the production company’s hearts in creating this fairytale for children all over the world.

ROYALTY is now is pre-production, and will be coming to your television screens soon.

The 5-0 Entertainment Studios company, together with its subsidiaries and affiliates, is a leading diverse international family entertainment and media enterprise, with five business segments: television and films, media networks, studio and music entertainment, consumer products and interactive media.

Their productions are released under the 5-0 ENTERTAINMENT STUDIOS, (London and New York) Children and Family Entertainment banner. 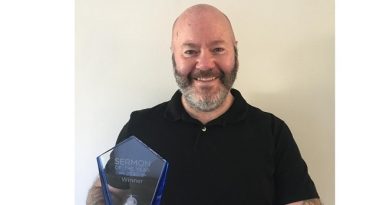 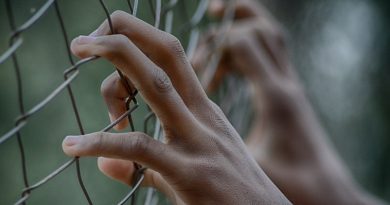