Churches are being encouraged to train members to prevent suicides, especially amongst men.

Speaking in the aftermath of the suicide of pop group frontman Keith Flint of the Prodigy earlier this year, Richard Anderson shared: “In today’s society, men don’t feel as though they fit, a lot of the time.

“Men are losing jobs, and when they get to over 40 it’s an age where they realise the dreams and aspirations they had aren’t going to come to fruition. There’s also a lot of family break-ups round about this age, too.”

Statistics compiled by The Samaritans, a charity that provides support for people who feel suicidal, show that 6,213 people committed suicide in 2017, and men are three times more likely to take their own lives than women. The highest rate of suicide in the UK is amongst men aged between 45 and 49.

Richard, a minister at Ark 4 Dominion Apostolic Ministries in Birmingham, runs highly regarded Applied Suicide Intervention Training Skills (ASIST) suicide prevention training courses, which have been utilised
by the US Army for its work with soldiers suffering from PTSD.

Richard hopes churches will take steps to train their members to recognise the signs of those suffering mental distress: “Churches need the awareness that suicide amongst men is an issue, and they also need to know who to direct people to.” 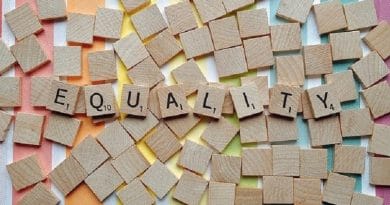