On June 1st 2019, more than 15,000 gathered in the prestigious FlyDSA Arena in Sheffield, UK for an event dubbed the ‘Emmanuel TV UK Revival’.

In events of such nature, it is customary for attendees to pay a ticket fee and for the minister to also announce an offering – oftentimes more than once – in order to accrue financial support.

Joshua, however, broke the protocol. Although he was not physically present at the event, one of his ministers asked all present at the packed-out indoor stadium to rise in anticipation of a large-scale offering.

“It is true there is need for your offering here,” he said, adding that such acts did have Biblical backing. “But there are some of your neighbours who need this offering more than we do.”

To the bewilderment of the multinational congregants, he then asked everyone to rather use their intended offering to help a neighbour in need, stressing that such love should not be discriminatory but freely rendered to all “irrespective of religion, race, background or ethnicity.”

“See your contribution to others daily as an assignment from God… God measures our lives by our love for our neighbour,” he stressed, in a sermon titled ‘The Core Of God’s Message To Mankind’. “We are what we do, not only what we say – so match your actions with your words.”

The event, held at one of the UK’s primary sport and entertainment arenas, was free-entry – the first time in the venue’s history for organisers to make such a rare move.

“If you pay a fee to enter the event today, whatever you claim to receive is not from the love of God because healing, deliverance and miracles cannot be exchanged with whatever,” the minister from The SCOAN emphasised, as overflow crowds swarmed outside.

If, he added, any attendee still wished to provide support to the ministry, that decision should be “carefully examined in the light of God’s Word because love is a relationship” and not simply offered because of attendance at the event.

“Let it come from your heart,” he pointedly told the sombre audience – many of whom had travelled from as far as the Americas, Asia and Australia to participate.

The uncommon message, coupled with the remarkable miracles that unfolded thereafter, elicited lots of reactions on social media.

“I have NEVER seen a pastor refuse to collect an offering, most especially one in such a large event in a country like England, which would probably bring in millions,” Phil, a British attendee at the event, reflected on Instagram.

“For all pastors who act like businessmen in the ministry and preach more about prosperity than salvation, this is a big wake-up call,” Judith opined on Facebook, lamenting the intertwining of ministry and money-making which has led to scepticism and cynicism towards evangelical Christianity in many quarters.

Joshua’s next meeting is scheduled for Nazareth, Israel – the historic hometown of Jesus Christ – on June 23rd and 24th 2019. 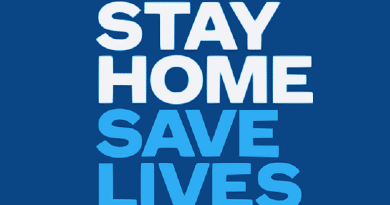 Black kids go missing at a higher rate than white kids. Here’s why we don’t hear about them

Heroes of the Faith: William Booth