Many people have adopted the practice of ‘decreeing and declaring in prayer’. This is the belief that Christians have the authority to ‘decree’, and that this can be done in the form of prayer. ‘Decreeing prayer’ is a command or law issued by a believer to cause something to happen, and is often spoken of and used in conjunction with a ‘declaration’. People frequently say such things as: “I decree healing or prosperity.” It is important to note that prayer, declaration and decreeing are three different things.

While prayer and declaration are taught and supported in Scripture, there is no such teaching or support in Scripture for the practice of ‘decreeing’ by Christians.

Prayer can be defined as communicating and communing with God – often with words – about anything. Anybody who can speak can pray and talk to God – whether it is an infant who cries “Daddy” or an adult who says “Abba, Father”. However, sometimes known words are not possible, as Romans 8:262 states: ‘In the same way, the Spirit also helps our weakness; for we do not know how to pray as we should, but the Spirit Himself intercedes for us with groanings too deep for words.’ Overall, prayer is an act of worship that includes praise and adoration for who God is, and thanksgiving for what He has done.

The Greek word translated ‘pray’ is proseuchomai, which occurs 90 times in the New Testament. It literally means ‘to want, desire, or wish toward’. All the parables of Jesus concerning prayer are about requesting and petitioning – not declaring, let alone decreeing: the son asking his father for bread; the friend at midnight beseeching his neighbour for food; the widow petitioning the judge for justice; the tax collector pleading for mercy… This is the nature of a prayer: to ask, plead, request.

As Christians, we have authority to have access to God (John 14:6, Ephesians 2:18, Hebrew 10:19-22), but we have no authority or power to cause a prayer to be answered. God cannot be compelled or manipulated to answer prayer, but grants answer to prayer as He pleases, according to His will and purpose. In Matthew 18:19: “I say to you, that if two of you agree on earth about anything that they may ask, it shall be done for them by My Father who is in heaven.” Jesus didn’t say: “If two decree,” but “if two agree”.  The power that causes the prayer to be answered and “done for them” is God, “My Father who is in heaven.”

The English word ‘declare’ comes from the Latin declarare, the root being clarus, which means ‘clear’. Therefore, ‘to declare’ means ‘to make thoroughly clear’. A declaration means ‘to say something in a forceful way, proclaim, formally announce, state, affirm something that is, make known, reveal’.

In biblical terms, a ‘declaration’ is a message or a word, spoken or written, which makes known the truth about something. When a person enters a country, they are required to ‘declare’- to make known and reveal – what they are bringing into the country.

To declare and proclaim God’s Word is to make known the truth about what God has already said. The Psalms are full of declarations concerning the truth of who God is; what He has done; is doing and will do. Psalm 9:11 says: ‘Declare among the peoples His deeds,’ and Psalm 19:1 states: ‘The heavens are telling of the glory of God, and their expanse is declaring the work of His hands.’ The last statement of the Lord’s Prayer is not a prayer request, but a declaration: “For Yours is the kingdom, the power and the glory” (Matthew 6:13).

A ‘declaration’ is an affirmation of truth that already exists; a decree is regarded as being a power or tool that creates a new reality. Even though some may speak of quoting Scripture as a ‘decree’, to quote Scripture is actually a declaration and not a ‘decree’, which is an order, directive or command issued by one in authority, such as King Cyrus (Ezra 4:19), King Darius (Ezra 6:1) and God (Psalm 2:7).

A Scripture that some will say supports a decreeing prayer is Job 22:28. The King James Version (KJV) states: ‘Thou shalt also decree a thing, and it shall be established unto thee.’ Prayer, paying vows, and what the KJV translates as ‘making a decree’ are identified in these verses, however, there is no justification to interpret verse 28 as being about prayer. A more accurate translation is found in the English Standard Version: ‘You will decide on a matter, and it will be established for you.’

While prayer and declaration are taught and supported in Scripture, there is no teaching or support in Scripture for the practice of ‘decreeing prayer’. Let us always be mindful that the Lord Jesus said: “My house will be a house of prayer” (Mark 11:17). 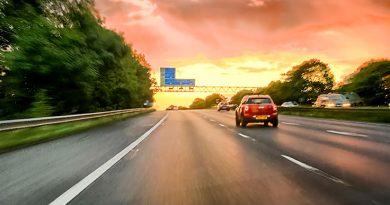 3 thoughts on “To Decree or Not to Decree? That is the question… by Rev Stephen Brooks”