In March, Minister Melanie Hamilton received an award at the Wise Women Awards for her work with young people and adults in the community, via the organisation she founded, My 2nd Chance.

She recently added another string to her bow when she launched Nancy’s Community Meals Service (NCMS), which delivers authentic Caribbean meals direct to people’s homes.

Melanie, who attends the Church of God of Prophecy, New Cross, shared: “I was inspired to start the business after going to visit my mum, who was housebound, and finding that she was being given meals of mash and spaghetti. When I spoke to her carer, she said she didn’t know how to cook Caribbean food, and I thought it would be good if there was an organisation that could provide meals for Caribbean people, who could no longer cook for themselves, who were housebound, suffering from a disability or had dementia. I named the business after my mother, because she was such an inspiration, and often used food – by inviting people to dinner – to win them to Christ.”

Since the launch in March, NCMS has had a great response. The orders have been coming in so fast that Melanie has now moved her office out of her home and into rented premises.

Although she initially started the service for people who were housebound or unable to cook, a whole new clientele Melanie hadn’t considered has started using NCMS: mature professionals. She explained: “NCMS is getting orders from people who double as carers for parents and their families, but who are also professional, have busy lives, and aren’t always able to cook for themselves. For them, NCMS has been a godsend.”

Receiving the Wise Women Award for her work in the community has inspired Melanie to up the ante, not only where NCMS is concerned, but also in her activities supporting people. She hopes to open a drop-in resource centre, so she can be at hand, at all times, to offer a helping hand to assist others overcome life’s challenges and to be all God has called them to be. 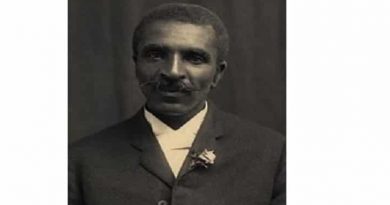