People who want to get an insight of what it was like growing up in the home of a pioneering church leader of the Windrush Generation, and/or understand how to achieve success as a gospel artist will be able to do so with the new book How to Make Gospel Music Work For You.

Written by gospel music veteran, Roy Francis, a well-known name within Black church circles, the book gives his own personal recollection of the  the history of  UK gospel music scene and how it developed out of the churches founded by the Windrush Generation. The book also contains tips and advice for gospel artists who want to make a career of their music.

Born in Jamaica, Roy came to the UK as a child to join his parents in Islington who had migrated to Britain in the 1950s. His father, T G Francis, a pioneer of the Black Pentecostal movement in London founded a church called, ‘The Church of God’ which became, The Pentecostal Church of the Living God when it purchased its own building at White Lion Street, Islington.

During the 1960s, Roy often accompanied his father to church services.  His talent at the keyboards drew the attention of other church leaders and soon he was in demand to play at their services. He recalled,

“Looking back those were interesting times.   Although I didn’t recognise it, the people that used to visit our house to see my father or whose churches I visited to play music for, were pioneers who laid the foundation of the Black Pentecostal Church movement here in the UK.”

Roy draws on his own personal experiences to paint a picture of what the church of the 1960s and 70s was like in ‘How to Make Gospel Music Work For You’. He also writes about the music played during those early years, sharing details of the songs which were popular and why.

In recent years, one of the key issues that has plagued UK gospel artists is getting enough concert performances and selling enough records/CDs/downloads to become full-time gospel artists.

In ‘Making Gospel Music Work For You’ Roy has drawn on his many years’ experience working with artists to provides a range of tips and advice to help them build thriving music careers.  Roy believes that although most UK gospel artists want to achieve success out in the wider world, the reality is that most will only get engagements and sell their music within the Black Pentecostal Christian Community, unless they get a record deal. This book teaches artists how to navigate the church world so that they can get it to work in their favour

Roy’s has experience working in various situations and understands how the church works. He is the son of a pioneering Bishop. He was in a gospel group in his youth.  As an adult managed the Inspirational Choir, which was based at White Lion Street.  Led by his brother, Bishop John Francis the choir had a record deal with Sony Music and had a number of chart hits.

Roy served as producer on the hit Channel 4 series, People Get Ready which showcased UK gospel music and the church.  He also worked as a Producer on BBC Songs of Praise and produced the DVD Donnie McClurkin Live, which made the US gospel singer a superstar.   He’s also been a concert promoter. Latterly he worked as a music agent, consultant, and mentor. He draws on these experiences, as well as those of working with leading as well as unknown gospel artists.

“It’s my hope that Making Gospel Music Works for You enlightens readers on the origins of the music described as UK gospel and that it lets UK gospel artists know it is possible to achieve success with the music that they love.”

For more information or to pre-order book visit www.rfproductions.co.uk 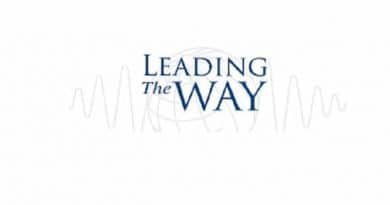 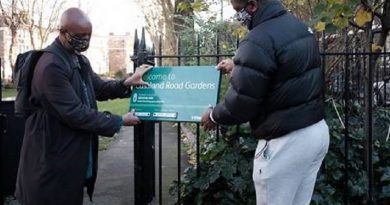