For a decade, Quebec has been debating the issues of state secularism and reasonable accommodation in the Canadian province. Now it has just passed a new law that bars civil servants in positions of “authority” from wearing religious symbols at work.

Bill 21 prevents judges, police officers, teachers and public servants holding some other positions from wearing symbols such as the kippah, turban, or hijab while at work.

Like similar legislation introduced by previous Quebec governments in recent years to bolster state secularism, it has led to a fierce debate.

Advocates call it a reasonable step, one with broad support in the province.

Critics say it is discriminatory, will make it more difficult for religious minorities to integrate into Quebec society, and that it unfairly targets Muslim women.

The provincial government says it is a “logical continuation of the Quiet Revolution”, a period in the 1960s when Quebec society rapidly embraced state secularism.

The Quebec provincial legislature passed the bill late on Sunday in a 73-35 vote.

Six people who have been vocal about Bill 21 and its impact spoke to the BBC.

‘A textbook definition of discrimination’

Furheen Ahmed has been a teacher in Quebec for over a decade, and says she feels both frustrated and angry about new law.

Her job will be protected because of a grandfather clause included in Bill 21, but the fact that “a teacher who teaches 10 feet away from me has more opportunity than I do simply because of what I’m wearing” is unfair, she says.

“How can somebody sit there and say that is not the textbook definition of discrimination?” she asks.

Proponents of the bill have been careful to note that it doesn’t target any specific religion, but many critics have argued that Muslim women are most likely to be affected.

Ms Ahmed says: “I wish this was about all religious symbols in some way but I don’t think it is”.

She says she felt “proud” when both her school’s school board and the Montreal city council came out in opposition to Bill 21.

‘Hijab is an act of submission’

Zahra Boukersi teaches French at a private elementary school in the Montreal region where she would be allowed to wear a hijab at work. But despite her faith, she has always rejected wearing any kind of Muslim head-covering.

She doesn’t see the need to wear an outward sign of faith.

“Religion is intimate – it’s personal,” she says. “It’s between God and me. That’s how I see things.”

And she has never felt comfortable with what she believes a hijab symbolises.

“There are women who wear it truly by choice. But even when they do, I see it as an act of submission,” she says.

Ms Boukersi has spoken frequently in the media in Quebec about her support for secularism – a conviction born from her youth in Algeria.

A civil war from 1991 to 1999 pitted Islamists against the government in the North African nation, and the Muslim veil – which already had a complicated history in the country – became mandatory.

“Ten years later, it was a catastrophe – a radical change.”

So Ms Boukersi sees Bill 21 as a fair place to “draw a line” against any potential similar religious influence in Canada.

‘My faith is not something I can leave at the door’

As a child, Amrit Kaur would watch her parents patiently helping other children with their school work, which sparked her interest in becoming a teacher.

But now, the Quebec vice-president at the World Sikh Organisation is wondering whether there’s a place for her in Quebec as a school teacher as she finishes her education degree.

For her, wearing a turban is “just such an integral part of my ethos and my being that I can’t [disassociate] from it”.

She adds: “My faith is not something I can leave at the door. That’s virtually impossible.”

She rejects the idea the legislation would help integrate immigrants into society.

“The people prevented from doing their jobs are the people most integrated [into Quebec society]. They’re not immigrants who just moved to the country – they’re people who’ve studied, who know the language, who give back.”

She says for the first time in her life she feels like she is “looked at like someone who’s causing trouble – and that feels really strange”.

Freedom of expression and of religion is a basic human right, she insists. “And that’s being looked down on.”

Nadia el-Mabrouk, a professor of computer science, has become a prominent advocate for secularism in Quebec.

She supports Bill 21 – in particular the provision that would ban teachers in Quebec public schools from wearing any religious symbols – and would like to see the law extended to daycare workers in the province.

“I’m not opposed to the veil,” she tells the BBC. “I’m talking about at school, at work, when in contact with children – at that point we say they need to be neutral.”

She has compared asking teachers to remove religious symbols to when cartoon illustrators were asked to replace the constant cigarette dangling from comic strip cowboy Lucky Luke’s mouth with a piece of straw.

“Lucky Luke wasn’t actively pushing cigarettes – it’s a drawing – but it was seen as influencing children,” she explains.

She says a woman wearing a headscarf in a classroom is “passive proselytism”.

She rejects the idea that the lengthy debate in the province over secularism is due to an undercurrent of Islamophobia or xenophobia – a frequent refrain in criticism of the issue.

She contends many Canadians – where the idea of multiculturalism is, in her word, “sacred” – misunderstand Quebec’s desire for secularism.

“It’s a debate between two very different visions,” she says.

Taran Singh, Quebec Sikh community representative and member of the Coalition Inclusion Quebec, has a question.

“What is the underlying evidence beneath this need?”

He sees Bill 21 as a “divisive solution” in need of a problem and says advocates have presented no direct evidence that public servants wearing religious symbols undermine the separation of Church and state.

“Here there is a presumption that is being made – that wearing a symbol is somehow proselytising,” he says.

“Bill 21 clearly sends me the message that I am not an equal participant citizen in this society.”

David Rand, a staunch secularist and atheist, calls Bill 21 “a perfectly reasonable restriction” similar to those already in place for public servants when it comes to showing partisan political preference while at work.

And he has little sympathy for those who argue they have been given a difficult decision between their faith and their career.

Written by: By Jessica Murphy 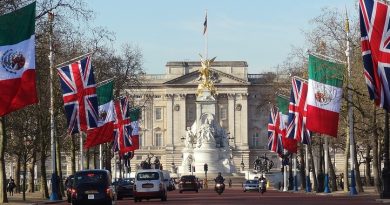