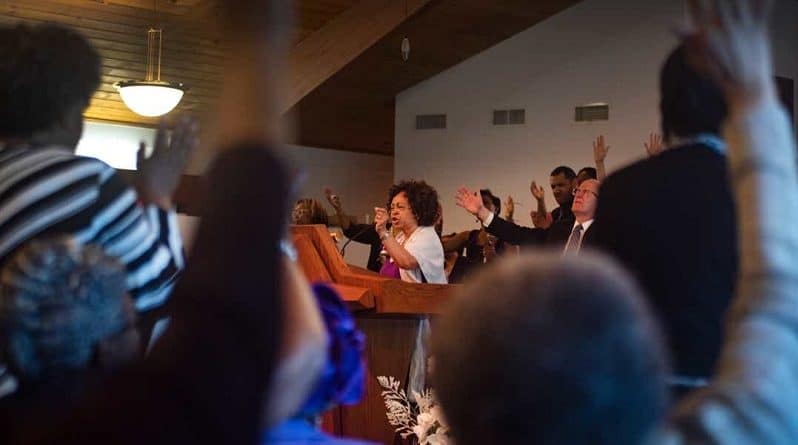 Edith Crawford was so nervous about her assignment at church, she forgot to wear purple.

Purple was the color everyone had been asked to wear for “Memory Sunday” on June 9 at Corinthian Baptist, a predominantly African American church just north of downtown Des Moines. The color was to signify awareness of Alzheimer’s Disease.

Crawford was to take the podium and warn fellow church members about the heightened risk that African Americans, like her, face of contracting the disease and of letting it go untreated.

Crawford, 70, watched her mother, Mary Lee English, struggle for years with the disease before English died in 1996. Crawford believes that her mother and their family could have been spared some of the trauma if they’d sought help sooner.

Edith Crawford poses for a portrait in Corinthian Baptist Church on June, 9, 2019. Crawford, who lost her mother to Alzheimer’s, advocates for Alzheimer’s awareness and assistance for caregivers. Memory Sunday, which takes place every second Sunday of June, is dedicated to providing education and prevention methods about Alzheimer’s.Olivia Sun

So at Sunday’s service, she borrowed a purple shawl from a friend and draped it over her yellow dress. Then she stepped to the lectern and delivered her warning to more than 100 people in the pews.

Researchers have given different estimates of the increased risk. Doctors believe the higher risk is at least partly due to African American people tending to have more high blood pressure, diabetes, obesity and other chronic conditions. Those conditions can contribute to Alzheimer’s disease.

Although there is little effective treatment for advanced Alzheimer’s disease, some early symptoms of dementia can be eased, and families can get support in helping their loved ones cope.

Crawford’s warning about the crisis was met with words of encouragement from parishioners. “All right, all right,” people murmured from the pews as she offered advice.

She was listed as “Sister Edith Crawford” in the service program. She is both a member of the church and a volunteer for the Iowa chapter of the Alzheimer’s Association, which is trying to reach African American Iowans.

Crawford urged her friends to watch out for each other and to ask doctors to assess their memory skills if they think there might be a problem.

“You are not alone,” she said. “You don’t have to do it alone, and as a matter of fact, you can’t do it alone. It will beat you down. It will divide your families. So seek the help, get the help that’s out there for you.”

In the past, he said, Corinthian Baptist members have heard from experts about medical issues like blood pressure, cancer and diabetes. The church also has a clinic in its basement, where volunteer doctors and nurses provide routine screenings and vaccinations.

Whitfield agreed to have Corinthian be the first black church in the Des Moines area to include an Alzheimer’s Association presentation in its services.

Whitfield said churches have a history of handling brain conditions differently than physical ailments. “We looked at it like mental health issues were more spiritual than biological,” he said in an interview.

Although he still believes in praying with affected families, he also wants them to seek medical help if they or their families notice changes in their thinking or memories.

“I think people should have our minds examined like we have our teeth or eyes examined,”

Shah told parishioners his nurse noticed last year that even though many residents who live near the public hospital are black, most of his clinic’s patients were white. Shah said the nurse’s observation woke him up. He now is working with the Alzheimer’s Association to spread the word to black residents.

Shah told church members that dementia is not an inevitable condition of aging. About a third of dementia cases could be prevented, he said. Risk factors include middle-age hearing loss, smoking, untreated depression, physical inactivity, social isolation, high blood pressure, obesity and diabetes, he said. Use of some common medications also can contribute to dementia risk, he said.

African Americans are not only at higher risk to develop the disease, the doctor said. They’re also less likely to have it diagnosed early.

Some cases of mild cognitive impairment can also be eased with treatment, he said.

“If you have anyone you know who might have memory concerns affecting their daily life — they can’t drive properly, they cannot cook what they used to cook, they cannot do their finances like they used to do — get medical advice,”

On their way out of Sunday’s two services, many parishioners stopped at a purple-draped conference table, where Alzheimer’s Association volunteers handed out brochures about the disease’s causes, symptoms and ways to ward it off or have it treated.

Crawford said afterward she wants to spread the message to members of other African American churches.

“I want them to have hope and knowledge that there’s help out there for them — that they don’t have to do this alone,” 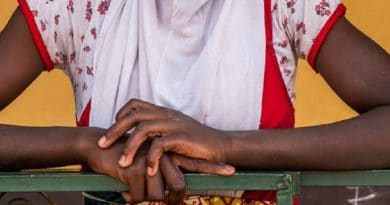 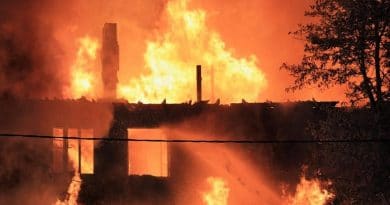 30+ Churches Attacked in 2 Years, Clergy and Members Killed in Rising Unrest in Ethiopia 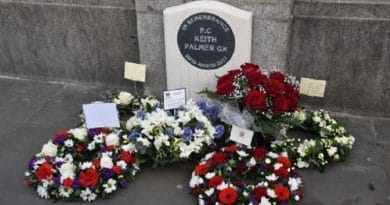