According to US Census data, blacks make up only 13 percent of the population, yet more than 30 percent of aborted babies are from black mothers.

“It is the number one killer of all African-Americans in the nation,” Leslie Monet, international director for the Church of God in Christ‘s (COGIC) Family Life Campaign told CBN News. “You can add cancer. You can add AIDS. You can add car accidents, homicides, crime, shooting. Name the gamut and put those together and it will not equal the amount of lives that we lose to abortion.”

Abortion in the black community is an issue that Charles Blake, presiding bishop of COGIC, has spoken out about in the past.

“Black women, according to the statistics are almost four times as likely to have an abortion as white women,” Blake said in 2014 at the COGIC International Women’s Convention in Louisville, Kentucky.

He added, “And almost 65 percent of those who’ve had abortions have never been married. You’re killing a human being. It’s a human being from the moment it’s conceived.”

They call it the Family Life Campaign, and it challenges church members to personally take action in fighting for the unborn.

Margaret Sanger, founder of Planned Parenthood, strived for a society that limited births to those she deemed fit to have children.

Critics call her a racist eugenics promoter who targeted black communities with her Planned Parenthood clinics.

“Margaret Sanger, the founder of Planned Parenthood, once said colored people are like weeds; they need to be exterminated,” Dr. Alveda King, director of Civil Rights for the Unborn, once told CBN News.

COGIC members are encouraged to take part in the campaign in various ways, such as counseling outside abortion clinics or working with expectant mothers inside pregnancy centers.

Monet says this mission is vital to the survival of both the black family and the black church.

“We’ve placed this at the center of our missions department where we are telling churches, hey this is what we need to be grilling our children, our parishioners on,” she said.  “We need to make sure they are pro-life. We need to make sure children are being taken care of in utero and outside.”

The campaign comes at a time when the abortion battle has intensified across the nation and with liberal black politicians pushing back against new measures to restrict abortion.

Presidential hopeful and Senate Democrat Cory Booker recently spoke out against the Hyde Amendment which bars the use of federal funding for abortions except for cases of rape, incest or if the mother’s life is in danger.

But Monet says that churches, specifically African American churches, have been silent on abortion for far too long.

“I think one of the reasons is because we are afraid to confront that issue in our church because we have been a part of that issue,” said Monet. “There are two out of four women in church who are post-abortive, and so I think it’s a ruffling of feathers, a great taboo, a secret darkness that people don’t want to shed light on, but we must shed the light on this issue.”

In the meantime, COGIC hopes other denominations will join the fight to reduce and eventually eliminate abortion in the black community and beyond.

How often people talk about race with family and friends depends on racial and ethnic group, education, politics 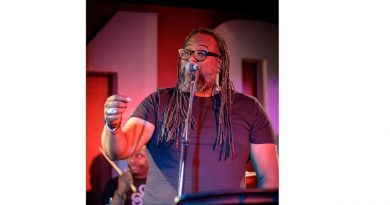