Faith leaders from across the religious spectrum, including the former Archbishop of Canterbury, Dr Rowan Williams, today took part in a ‘Walk of Witness’ from St Martin-in-the-Fields church in Trafalgar Square, past Downing Street to Parliament where they joined The Time is Now mass lobby of Parliament along with 15,000 other people. They urged MPs to support measures that end the UK’s contribution to climate change by 2045, and to pass ambitious new laws that create a healthier environment for people and wildlife. With scientific warnings ever starker and public demand for action at an all-time high, UK faith leaders have said the time to act is now.

“Fewer and fewer people now doubt the urgency of our climate crisis, and a younger generation is showing us the way in resisting cynicism and passivity about this. It is imperative for people of faith to stand up and be counted – as witnesses to the sacredness of the world gifted to us by God, and as advocates in the cause of justice for all whose lives and livelihood will be most damaged by severe and unpredictable changes in climate.”

“The urgent threat to our earth, the water, the air and living things can no longer be ignored. We can’t continue to selfishly draw on exhaustible resources.  The time is now to move beyond mere words and implement comprehensive set of climate solutions to reverse nature’s decline. Political leadership across the world must take bold actions for the sake of future generations.   The environment is God’s gift to everyone. It is our individual and collective responsibility to take tangible and sustainable actions in our daily lives to protect our world and its inhabitants.”

Juliet Hackney, Chair of the Network of Buddhist Organisations, said:

“The Network of Buddhist Organisations is so happy to be involved in this lobby which promotes caring for ourselves as humans and the world we live in. We are all entirely interconnected and recognising that is fundamental to Buddhism, responding to that understanding means finding the best way for ourselves to act in this time of crisis.”

The Rt Revd John Arnold, Roman Catholic Bishop of Salford and lead bishop on environmental affairs for the Catholic Church in England and Wales, said:

“The Catholic community has been greatly moved by the injustice that communities overseas who have contributed least to greenhouse gas emissions now find themselves hardest hit by climate change. As people of faith we are here today to remind politicians they must focus on how we are going to achieve net zero carbon emissions in the quickest and fairest way possible, keeping those most affected by climate change at the centre of our prayers.”

“It’s high time that faith communities spoke out about what’s happening to our world. As a Buddhist, I believe in compassion, and right now that means acting urgently to protect the planet on which we all depend.”

Rabbi Jonathan Wittenburg, leader of Masorti Judaism in the UK also took part in the Walk of Witness. On Radio 4’s Prayer for the Day today (Wednesday) he said: “We have entered the Anthropocene age, the destiny of nature itself lies irrevocably in our unreliable grasp. That is why today the mass lobby by faiths for the climate and London’s first ever Climate Action Week which follow are so important. Few of us are cruel, crushing life on purpose, but we are careless. Our habits of consumption and waste are killers, sometimes they cost human lives, they constantly cost the lives of animals, birds, insects, forests and rivers. We can’t escape our responsibility, we hold the light of creation in our hands.”

“As Quakers, we say that environmental breakdown is not inevitable – it’s an injustice. Quakers believe that with proper political leadership we can change the economy to avert climate chaos and extinction. Without, it is the poorest and most marginalised that suffer most. As people of faith, we can’t stand by and let this happen.” 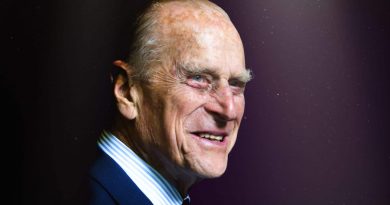 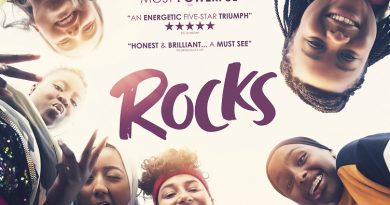