The Archbishop of Canterbury has urged people to spread the “truth” as the Church of England launches its first social mediaguidelines.

Speaking at Facebook‘s UK headquarters in central London, the Most Rev Justin Welby pushed for an end to online abuse and misleading content.

He said Jesus Christ’s teachings and all the major world faiths shared a “golden rule”, which is to “treat others as you would like to be treated”.

“When you put something out on social media, put the truth out,” he instructed.

“When you are expressing an opinion, show kindness. Don’t go for the person rather than for the issue.”

The new guidelines, which will be enforced on the church’s own social media platforms, include: ensuring the safety of children, young people and vulnerable adults, being honest and not misleading others.

Being kind also features, as does taking responsibility and being accountable for what each person does, says and writes.

Respecting copyright and offering credit where it’s due are also among the key principles.

During his Facebook broadcast, the archbishop encouraged users to be welcoming to other people online.

He said posts and responses on the church’s pages would be moderated so that people don’t – “as far as we can manage it” – act with cruelty, lie, or use religious jargon.

The aim is to create an atmosphere where people know “what is being said, and by whom and what kind of people we are,” he added.

While the guidelines are written specifically for users who engage with the church’s national social media channels, they are said to be built on “universal principles”.

“Social media is a very public way of enabling us as Christians to live out our calling to share the good news of Jesus Christ.”

“One of its many joys is that it is immediate, interactive, conversational and open-ended.

“This opportunity comes with a number of downsides if users do not apply the same common sense, kindness and sound judgment that we would use in a face-to-face encounter.”

Both the charter and guidelines also have the backing of the Archbishop of York Dr John Sentamu.

“While there is a time and a place for complaint and criticism, too often today this takes place not to encourage improvement but to vilify an individual or group.

“Sometimes it’s about counting to 10 and asking whether a spiteful statement on social media will change a situation for the better.

“Today, we are saying that the church wishes to be present in the digital sphere and the same force for social cohesion which it strives to be in the real world, and we want to work alongside social media companies in their work to make social media a safe and enlightening space for all.”

All faiths, as well as those who do not follow religion, are encouraged to use the charter to consider how their online interactions can affect others, both in a positive and negative way. 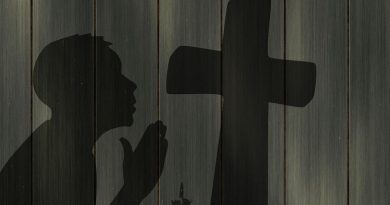