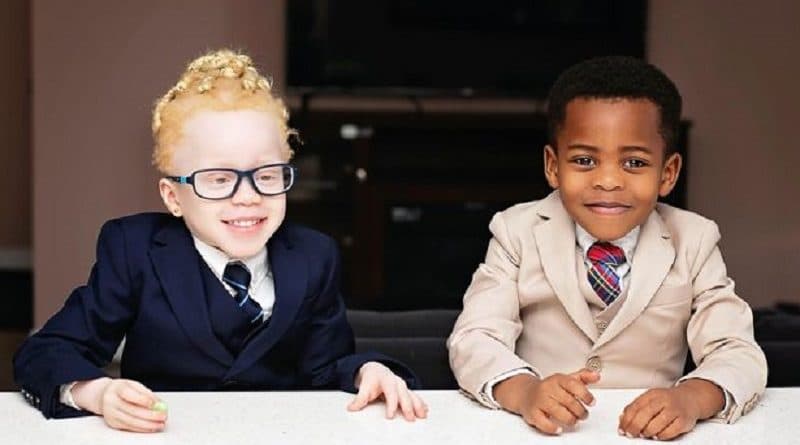 A mother who gave birth to black and albino twin babies says people don’t believe the twins are hers because of their different skin colour.

Judith Nwokocha, 38, from Calgary in Canada, said she thought she was given the wrong baby when she noticed the difference between them.

The photographer admitted that she struggled for eight years to get pregnant until she tried IVF and gave birth to a black baby boy Kamsi, and an albino baby girl, Kachi, in 2016.

She wrote on blog Love What Matters: “The first time I saw her [Kachi], I wondered if the nurse was handing me my baby, or someone else’s.

“I waited a few seconds for someone to tell me there was a mix-up.

“I was quite surprised by how white she was. Perhaps she’s just very fair in complexion, I thought.

“But all I heard from the nurse was how beautiful she was.

“Soon the joy of seeing them both healthy surpassed any other feeling at that instant.”

The mother-of-two said people were confused when they saw the babies – and mostly it’s because of the hair texture.

She said: “Someone has asked me ‘where are her parents?’ I can see the look of shock in their faces when I tell them I’m her mum.

“I haven’t had any negative reaction from anyone, they always tell me she is beautiful.”

She was told by the doctors that Kachi had albinism and that she would struggle with her vision.

Doctors suggested that Kachi would likely need to learn to read braille.

“I was OK knowing that her vision wouldn’t be perfect, but telling me my daughter will need braille in school was very heartbreaking,” she added.

“I threw the braille sheets in the garbage.”

Judith says she’s focusing on making sure her now three-year-old girl grows up to embrace her differences.

She described Kachi as a smart girl with strong personality.

Judith said: “I’m not sure she’s aware of her uniqueness at the moment, but eventually she’ll know.

“It’s my responsibility to educate her and teach her to love herself no matter what.” 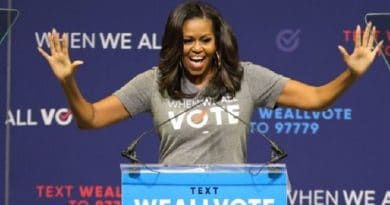 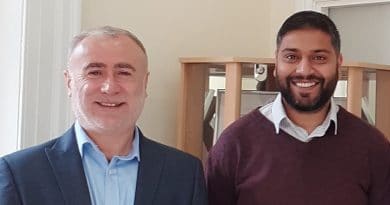 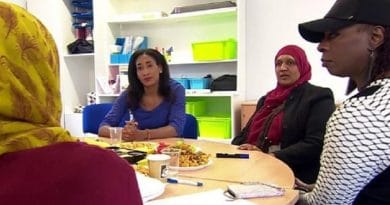