Christian Aid is scaling up its emergency operations in the Democratic Republic of the Congo (DRC) as the Ebola outbreak continues to escalate, spreading disease, death and further devastation amidst ongoing armed conflict.

The epidemic in eastern DRC – the country’s 10th Ebola outbreak – began in August 2018. To date, it has infected more than 2,200 people and claimed more than 1,400 lives, making it the second largest in history.

The affected regions – North Kivu and Ituri – are also battling high levels of insecurity and armed conflict, which together have caused a protracted and complex humanitarian crisis that has displaced millions.

With concerns that the Ebola crisis could escalate at any moment, Christian Aid is appealing for extra funds to scale up its emergency work in high-risk parts of North Kivu.

“This is a crisis of grave proportions, and time is running out. The Ebola virus has overwhelmed our fragile health infrastructure, in a country where more than 12 million people already desperately need humanitarian aid. To make matters worse, the epidemic has hit a region blighted by instability, armed violence, widespread displacement and food shortages.

“For a range of reasons, there has been denial about the existence of Ebola among some communities, leading to widespread mistrust in the health system and resistance to health workers – even attacks, in some cases. This has made it incredibly difficult for agencies, including our own Ministry of Health, to run an effective Ebola operation. All these factors have seriously undermined efforts to curb the outbreak.

“That is why the response to this epidemic cannot be limited to health work. It is critical that we work alongside communities – and through trusted local figureheads like faith leaders and traditional leaders – to combat widespread fear and distrust about the disease and its causes.”


Mr Mulumba continued: “The Ebola virus is having an impact far beyond the medical realm. For instance, people fleeing the outbreak are adding to the already high numbers of internally displaced populations, who need aid to survive. This displacement, as well as the epidemic itself, has interrupted agricultural activity, making food insecurity a growing concern.

“During 2018, more than 1.8 million people were newly displaced across the DRC, many of them in North Kivu. In June this year, UNHCR (the UN Refugee Agency) reported that an additional 300,000 people had been forced from their homes in the northeastern provinces of Ituri , North Kivu, and South Kivu. These people have staggering needs, both those displaced and the already stretched communities hosting them.

“Agencies like Christian Aid and our trusted local partners are doing what we can to slow the spread of the virus and alleviate the suffering of people whose lives are at risk. However, the need is incredibly vast: with more resources, we could do more. That’s why we are appealing to the public for more funds, so that we can help those caught up in this terrible situation.”

This work focuses on building latrine blocks and water sources, running hygiene promotion campaigns, offering therapy to help people manage the psychological impacts of the epidemic, and engaging with communities to build trust and dispel myths about the epidemic. These are all areas highlighted by the World Health Organization as current gaps in the Ebola response.

BOAD is running community engagement campaigns targeting 40,000 people. These are promoting life-saving health messages that encourage people – including traditional healers – to commit to behaviours that could prevent the virus from spreading. The campaigns also aim to reduce resistance to health and aid workers, and encourage communities to participate in, and take ownership of, decisions relating to the Ebola response.

Mr Mulumba said: “We believe communities must not be excluded from the battle against the epidemic. That’s why our partner BOAD is setting up community-based ‘response committees’ in North Kivu. Faith leaders will be a key part of these committees, alongside representatives from women’s organisations , traditional leaders and civil society groups.

“From Christian Aid’s experiences of the supporting the Ebola response in Sierra Leone a few years ago, we know that faith leaders play a distinctive – and often unsung – role in responding to emergencies such as these. They are trusted and respected members of their community: in the midst of confusion, fear and panic, people often turn to them for guidance. Yet, in Sierra Leone many humanitarian agencies were too slow to involve faith leaders in the response. We are working in DRC to put the lessons learned in Sierra Leone into action.”

Christian Aid’s emergency response in the DRC also seeks to address the deep-rooted psychological, emotional and social damage Ebola has on individuals and families. Christian Aid’s partner BOAD is offering psychosocial support to 200 of the most vulnerable individuals: this includes people suspected of having the virus, Ebola survivors and healthcare workers, as well as their immediate families. These will be complemented by 40 community therapy sessions.

In order to help prevent transmission of the virus, Christian Aid’s partner is building a dozen latrine blocks with handwashing facilities, while also installing or repairing a dozen water points in community sites such as schools, health centres , churches and market places. It is also handing out hygiene kits (containing soap, disinfectant and chlorine tablets) to 8,000 households and at 12 community sites.

Christian Aid has been working in DRC for several years. In addition to North Kivu, it also works in the provinces of South Kivu, Maniema, and Kasai. 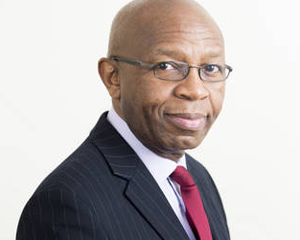