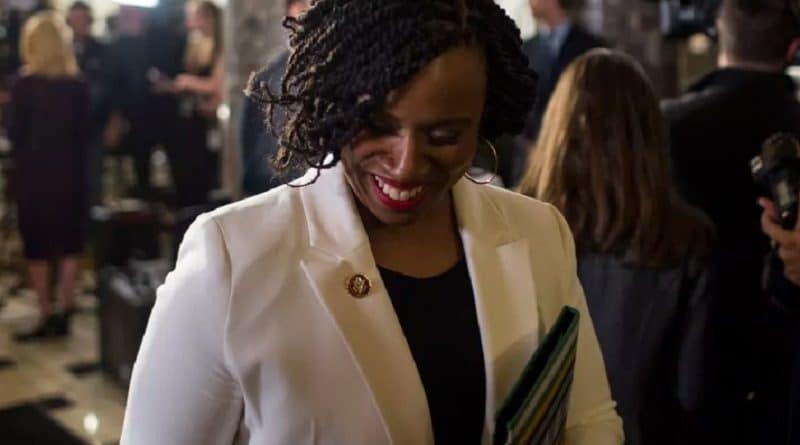 A black woman was denied a job in Alabama because she wouldn’t cut her dreadlocks. A black BP executive says she was fired for wearing cornrows to work. Then, in December, a referee forced a New Jersey high-school athlete to cut his dreadlocks or forfeit a wrestling match. The moment was captured on video and sparked viral outrage on social media.

These are just a few examples of the ways American culture punishes black Americans who don’t conform to white ideals of professionalism at work and at school. Civil rights lawyers have long argued that such behavior is a form of racial discrimination. And policy makers are starting to pay attention.

California is now poised to become the first state to ban natural hair discrimination. Last week, the state Senate passed the Crown Act (Creating a Respectful and Open World for Natural Hair), which would prohibit employers and public schools from banning natural black hairstyles, including braids, cornrows, and dreadlocks. These hairstyles are considered “natural” because — unlike chemically straightened hair— they don’t alter natural hair texture, which is considered a racial trait. The bill is awaiting Gov. Gavin Newsom’s signature.

While the federal courts generally view afros as a racial trait protected by anti-discrimination laws, they don’t view other natural black hairstyles that way. That’s why the Crown Act is so significant.

The bill, which is endorsed by civil rights groups and Dove beauty products, comes at a time when black women are challenging workplace stereotypes that pressure them to adopt white standards of beauty and professionalism that require women to wear their hair straight.

Two first-term Congress members are the most visible examples of this shift. Rep. Ayanna Pressley (D-MA), who is the first black woman from Massachusetts elected to the US House of Representatives, wears her hair in twists. Another new member, Rep. Lauren Underwood (D-IL), wears her hair in short locs. The California state senator who introduced the Crown Act, Sen. Holly Mitchell, sports locs too.

“For centuries black men and women didn’t often challenge these standards. We straightened our hair with heat and chemical relaxers to meet those Eurocentric standards,” Mitchell saidwhen she introduced the Senate version of the bill in early June. “For too many years there have been too many cases of employees and applicants being denied a promotion or even terminated because of the way they chose to wear their hair.”

The issue appears, on the surface, to be about African American workers’ right to wear natural hairstyles on the job. But it’s also about how American legal systems define race, and what racial discrimination looks like.

One case in particular inspired Mitchell and other California lawmakers to introduce the Crown Act. It revolves around a black Alabama woman who refused to cut her dreadlocks.

Back in 2010 in Mobile, Alabama, a black woman named Chastity Jones was offered a job as a customer service representative at a call center. During the interview,Jones wore her hair in short, natural locs and was dressed in a business suit and pumps. An HR manager later told Jones that dreadlocks violated the company’s grooming policy because they “tend to get messy.” She told Jones she couldn’t wear her hair that way at work, and when Jones refused to cut her locs, the job offer was rescinded.

Since then, Jones has been in a legal battle with the company over its decision. Jones contends that the issue was a clear example of racial discrimination. The company, Catastrophe Management Solutions, says its decision was merely a grooming policy unrelated to race.

In 2013, the US Equal Employment Opportunity Commission (EEOC) filed a racial discrimination lawsuit against the Alabama company, arguing that the HR manager denied Jones a job based on the harmful racial stereotype that African American hair is unprofessional. The federal district court in Alabama dismissed the claim, saying that racial discrimination must show bias based on traits that a person cannot change, like skin color, and that a hairstyle doesn’t fit into that category because it can be changed. The 11th Circuit Court of Appeals upheld the lower court’s ruling in 2016 and then declined to review the case again with the entire panel of appellate court judges in December 2017.

Now Jones wants the Supreme Court to weigh in.

On April 4, 2018, the NAACP Legal Defense and Educational Fundfiled a petition to add EEOC v. Catastrophe Management Solutions to the US Supreme Court’s docket. The justices haven’t agreed to hear the case, but it has serious implications for how racial discrimination in the workplace is defined.

“Black women who wish to succeed in the workplace feel compelled to undertake costly, time-consuming, and harsh measures to conform their natural hair to a stereotyped look of professionalism that mimics the appearance of White women’s hair,” lawyers for the NAACP Legal Defense Fund wrote in their petition to the Supreme Court.

They argue that this is what modern-day racial discrimination looks like: sometimes subtle, yet intentional racial biases and stereotypes that make it hard for people of color to get jobs and advance their careers.

How the US courts have defined race

The central issue in the case revolves around two significant questions: What is race, and what is racial discrimination?

This definition is important because it determines how the courts decide what is racial discrimination under Title VII of the Civil Rights Act, which prohibits employers from limiting job opportunities to workers “because of such individual’s race, color, religion, sex, or national origin.”

The 11th Circuit justices said they consulted dictionary definitions for “race” from the 1960s, when the Civil Rights Act was signed into law:

Although the period dictionaries did not use the word “immutable” to describe such common characteristics, it is not much of a linguistic stretch to think that such characteristics are a matter of birth, and not culture.

The Alabama district court dismissed Jones’s lawsuit based on the argument that dreadlocks are not an “immutable trait” that Jones can’t change. By that logic, a company policy that bans dreadlocks cannot be a form of intentional discrimination. They cited the 1981 case of Rogers v. American Airlines, in which a New York district judge ruled that the airline did not discriminate against a black flight attendant when her supervisor said her braided cornrows violated the company’s grooming policy. The Alabama appellate court agreed with that view.

The NAACP Legal Defense Fund and the EEOC argue that those rulings rest on outdated notions of what race is and what racial discrimination looks like.

Discrimination is now more subtle and harder to detect

Lawyers for the EEOC say that race is more than a person’s biological traits, andthat a growing body of research shows that race is also a social construct based on shared culture, history and identity. According to this argument, dreadlocks are so closely associated with black America that any company policy banning them is a race-based policy.

But Jones’s lawyers main dispute is over the HR manager’s reason for banning locs — because they “tend to get messy” — which hinges on a racial stereotype that intentionally harms black workers. The lawyers note:

Locs are often the target of scorn and derision based on long-held stereotypes that natural Black hair is dirty, unprofessional, or unkempt. Indeed, the term “dreadlocks” originated from slave traders’ descriptions of Africans’ hair that had naturally formed into locs during the Middle Passage as “dreadful.”

Lawyers with the NAACP Legal Defense Fund said that modern-day racial discrimination is not as overt as it was 40 years ago, and that the courts need to recognize that.

“In an age where employment discrimination rarely presents itself in policies that explicitly exclude employees based on skin color, the vitality of Title VII depends on its ability to root out more subtle practices — facially neutral policies, racial proxies, stereotyped thinking — that still operate to disfavor applicants based on their race,” the lawyers wrote in their petition.

Research shows persistent biases toward black women with natural hair. In one implicit bias test, white women showed the strongest bias — both explicit and implicit — against textured hair, rating it as less beautiful and less professional than smooth hair.

The NAACP Legal Defense Fundalso argues that the 11th Circuit is ignoring precedent set by the Supreme Court in its 1989 ruling in Price Waterhouse v. Hopkins. In that case, a female lawyer said her supervisors repeatedly told her she was too aggressive and needed to walk, talk, and dress more “femininely” if she wanted to get a promotion.

The Court ruled that gender stereotypes about how women should dress at work can be a form of intentional sex discrimination under Title VII of the Civil Rights Act, even though femininity is mutable. Jones’s lawyers say that legal standard should also apply to racial discrimination claims, and that denying someone a job based on a racial stereotype can also be a form of discrimination. In Jones’s case, the stereotype is that natural black hair is unprofessional and messy.

Even though the Supreme Court didn’t take up the case, cities and states are starting to analyze their own anti-discrimination laws.

In February 2018, New York City outlawed discrimination against black hair, including cornrows and Bantu knots. The law protects against bias in public spaces from restaurants and nightclubs in addition to schools and workplaces.

California’s Crown Act would amend California’s anti-discrimination lawsto clarify that natural hairstyles are considered a protected racial trait under state law. The coalition of civil rights groups and Dove beauty products that championed the bill are planning to pressure other states to adopt it too. 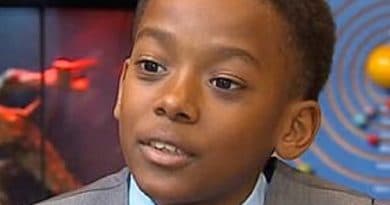 Find Jonah a home for Christmas! Texas boy, 12, who is praying to be adopted after four years in foster care says God is the reason he still smiles 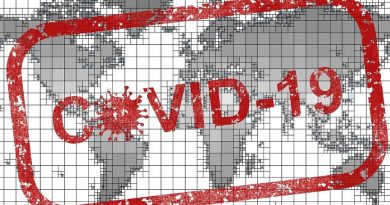 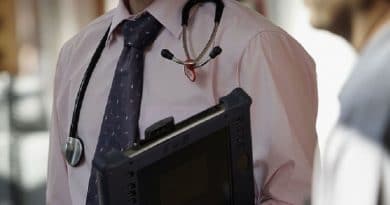 Concern as BAME doctors report being ‘shunned’ by white patients