Before 1964 nearly half of college-educated African-Americans in the South were teachers.

JULY MARKS the 55th anniversary of the Civil Rights Act, which outlawed discrimination on the basis of race, colour, religion, sex, or national origin. It also enforced desegregation of the government-run school system nationwide, largely ending the practice of educational apartheid. But while desegregation transformed America’s education system, the way it was implemented by discriminatory school boards in the South was harmful to black teachers. A new paper by Owen Thompson, an economist at Williams College, shows there was a dramatic decline in the employment of African-American teachers in the aftermath of desegregation. The policies behind that decline have contributed to lower employment for African-American educators in the decades since.

In 1954 the Supreme Court ruled in the case of Brown v Board of Educationthat “in the field of public education the doctrine of ‘separate but equal’ has no place.” Ten years later, less than 5% of black children in the Southern states of the former Confederacy were attending school with whites. The Civil Rights Act, which among other enforcement mechanisms tied federal education funding to school integration, dramatically changed that: by 1970, more than 90% of black children attended schools that also taught white children.

For African-American students, the impact of desegregation was overwhelmingly positive. It was one reason why the gap between test scores of black and white students born in 1954 and those born 30 years later declined by nearly 40%, according to research by Eric Hanushek and colleagues at Stanford University.

For African-American teachers, it was a different story. Before the Civil Rights Act, Southern black schools were staffed almost exclusively by black teachers. Nearly half of African-Americans with a post-secondary education living in the South listed teaching as their occupation. As schools were consolidated, black students were bused to white schools, white teachers were put in charge of integrated classrooms, and black teachers were demoted to substitute status or fired—often on the basis of newly-instituted testing and accreditation requirements. Court cases over discriminatory firing were repeatedly thrown out and it took until 1971 for the federal government to mandate non-discriminatory employment practices in public education. By that point, the consolidation process, with its associated sackings, was largely complete.

Mr Thompson examined the impact of desegregation-related firings and separations using a database covering 781 Southern school districts. Most commonly, the transition in these districts between 1964 and 1972 was from complete segregation to complete integration. Over those six years, black-teacher employment dropped 32%. Mr Thompson estimates that more than 15,800 black teachers left schools in the states of Alabama, Georgia, Louisiana, Mississippi, South Carolina, Tennessee, Texas and Virginia alone. Earlier estimates suggest 38,000 African-American educators lost their jobs across the South and the border states. The displaced teachers moved to other professions or moved out of the South entirely.

It seems likely that for black students, the impact of desegregation will have been blunted by this displacement of black teachers. Mr Thompson cites studies suggesting that being assigned to an own-race teacher improves test scores in maths and reading tests by about five percentage points, as well as reducing suspensions and expulsions.

The share of black teachers in government schools nationwide has continued to decline: from 8.1% in 1971 to 6.9% in 1986 and 6.7% today—this during a period during which the black share of the population as a whole has risen to nearly 13%. There are a number of reasons for the decline, including an increased range of professional opportunities for African-Americans in other fields. But it is also true that desegregation accelerated a trend towards ever-greater teacher accreditation requirements that continued to disproportionately affect African-Americans. When North Carolina raised its cut-off scores for the National Teacher Exam in the late 1970s, for example, it was associated with a 73% drop in newly licenced black teachers in the state between 1975 and 1982.

While higher teacher accreditation standards reduce the number of black teachers, they have done little for students of any ethnicity: teacher licencing test scores are weakly related to outcomes for students. That helps to explain why Mr Hanushek found no significant gains in average test scores for American 17-year-olds tested between 1987 and 2017, and no further progress in closing the black-white test gap since the 1980s. The legacy of a discriminatory response to desegregation continues a half-century on, with limited benefit to children.

21 Bible Quotes For When You Need Inner Peace 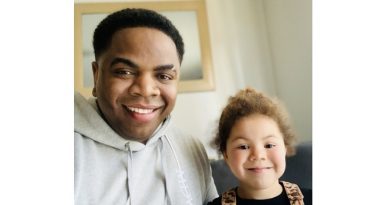