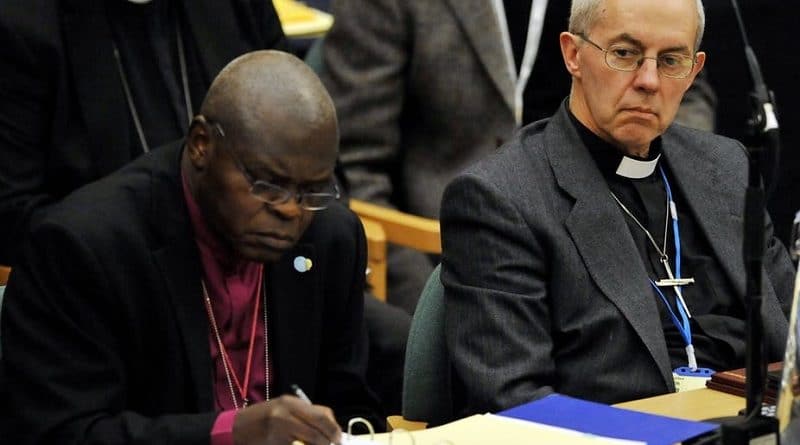 Central to the Church of England’s understanding of itself as the established church is its vocation to be a “church of the nation” – a public institution ready to bring a theological voice to the national debates of the day. The trauma of Brexit confronts the four nations of the United Kingdom in different ways but – given the centrality to the debate of a resurgent English nationalism – it is most painful for England, which is where the Church of England’s mission is primarily directed.

Since 2016, several individual bishops, some in their capacity as “Lords Spiritual” have sought to contribute to this debate, often with balance and insight. Yet – unlike both the (Anglican) Scottish Episcopal Church and the (Presbyterian) Church of Scotland – the Church of England has so far been unable to bring any authoritative collective voice to the national conversation.

No debate on Brexit has taken place in General Synod (the Church of England’s governing body), either before or since the 2016 referendum. While the House of Bishops was able in 2015 to produce an unusually substantial statement before the general election – Who is my Neighbour? – it has so far delivered no formal public statement on Brexit at all.

One obvious explanation for this official silence suggests itself. A referendum exit pollconducted by Greg Smith and Linda Woodhead revealed that English Anglicans are as divided on Brexit as the general population, with 66% reportedly having voted Leave. Since almost all bishops were Remainers, a collective intervention on Brexit could have proved incendiary.

But this cannot be a sufficient account of the church’s institutional reticence. The Church of England has at times been prepared to risk significant controversy in its public interventions. Acrimonious divisions among Anglicans did not prevent the leadership defending its traditional but highly controversial stance against same-sex marriage in 2013.

Moreover, bishops do not regard their teaching authority as subject to opinion polls of Anglicans – many of whom identify as such merely as a cultural marker of Englishnessrather than an indicator of strong affiliation with the church.

A more plausible explanation lies in the combination of the daunting complexity of the issue itself and the longstanding deficit of theologically informed reflection on the EU among British theologians and Christian politicians generally. Like so many institutions, the church was caught in the headlights, ill-equipped to respond promptly and intelligently to an issue that thrust itself suddenly upon a woefully unprepared nation.

By contrast, two weeks before the referendum (coincidentally), the Council of European Churches published a substantial open letter to all European churches on the future of the EU, drawing on years of serious prior reflection on European integration, but the work has not been widely disseminated in the UK.

In recent months, however, some have begun to suggest that, while the church should remain officially neutral on Brexit itself, it might nevertheless engage in a process of “reconciliation”. One can see the initial plausibility of this strategy, given that the church is both widely embedded – and often trusted – in local communities (at parish and diocesan levels) and possessed of a notable constitutional platform from which to address national issues.

A recent example of the former is the Bishop of Kensington’s role as chair of the Grenfell Tower inquiry. Examples of the latter would include clerical interventions in the 1984-5 Miners’ Strike and the Anglican Church’s presiding over the official Falklands war thanksgiving service in 1982.

Such a proposal, however, runs up against two considerable objections. One is that, while the church’s local efforts at reconciliation have often been welcomed, its national interventions have often proved highly divisive. This was certainly the case with the Falklands service. The other is that such a plan fails to acknowledge the scale and intensity of the national demons Brexit has unleashed and considerably overestimates the church’s match fitness for such a task.

I would propose, instead, a more modest, albeit still demanding, two-part strategy.

First, as “truth and reconciliation” processes around the world show, the precondition of any meaningful reconciliation is some degree of public reckoning with the reality of what has occurred. Without claiming any privileged access to the “truth about Brexit”, the church might add a distinctive voice to those already arguing that both sides in the referendum campaign projected serious misrepresentations of core questions.

These included the nature, achievements and failings of the EU as well as the costs and benefits of UK membership and the sheer complexity of leaving. The Church of England is also well placed to comment on the causes and impact of background factors such as economic inequality and rising immigration and the nature of – and supposed threats to – British/English identity.

Second, if the church is to go beyond merely echoing existing secular commentaries, it might exploit its considerable traditions of theological reflection on the fundamental questions underlying Brexit. These would include the meaning of sovereignty, the value and limits of national loyalty, the significance of place and tradition, the requirements of representation and the dangers of overweening power.

There could also be a valuable theological perspective to help explain the demands of hospitality to strangers as well as the shape of economic justice and the obligation of international solidarity. These could be effectively marshalled to present a fresh moral and political vision of the fundamental questions underlying Brexit.

Since these questions will disturb the nation for years to come – whether or not the UK actually leaves the EU in 2019 and, if so, on what terms – it is not too late for the Church of England to muster its considerable resources and speak out on the most divisive national issue of our times. 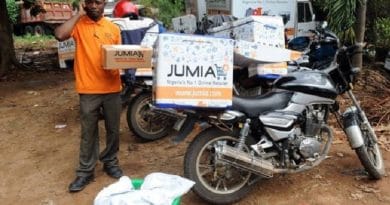 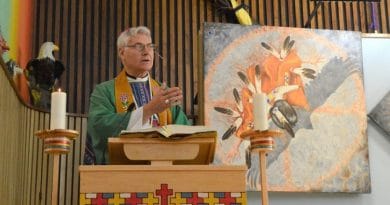