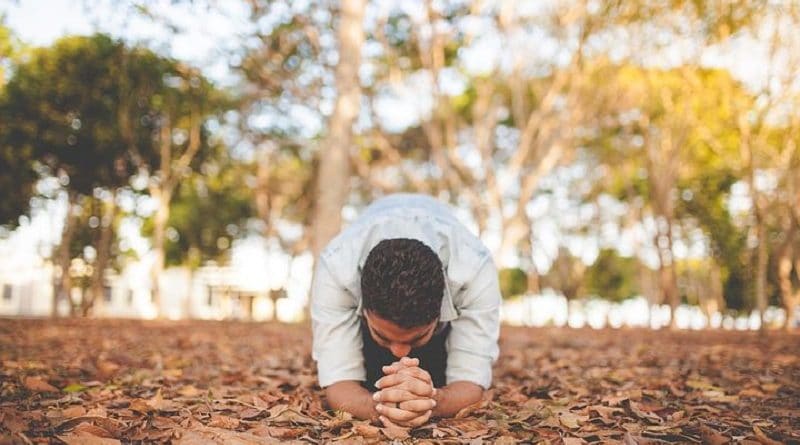 Do all of our prayers go to the same higher power – whether we are Muslim, Christian or Jewish?

Congresswoman Alexandria Ocasio-Cortez recently expressed that view, essentially saying that religions are equally valid and teach the same thing. But is that true?

Dr. Serene Jones, president of Union Theological Seminary, hedges on the side of AOC and her generation saying, “To say our prayers ascend to the ultimate truth the space of divine love,  and we share in that space is not a nonsensical claim to make at all. It’s one that I would endorse.”

But others point to the religions’ contradictory doctrines.

Dr. Alex McFarland, author and founder of Truth for a New Generation said, “The Bible is clear in the Old and New Testaments. We have to come to God as He has revealed Himself.  So going to heaven and having one’s prayers answered, knowing who the Living God is utterly contingent on having a personal relationship with the risen Savior, Jesus Christ.”

The contradictory answers by two very learned individuals exposes the controversy of today’s generations. It’s a common theological mindset in today’s multi-cultural world, where Christians interact with Muslims, Muslims interact with Jews, and all interact with Buddhists, Hindu’s, Sikhs and the plethora of religions that fill our offices, schools and even homes. We all want to just get along.

But there’s an error in this line of thinking.

Many times the error is born of true brotherly love for our co-workers, friends and fellow students. We love them so we must love all they believe in as equal to what we believe.

But many theologians make the uncomfortable point that while people are equal, ideas are not. Religions may have similarities in secondary beliefs like love and care for the poor. But there’s a vast chasm between them on core doctrine. It’s one reason that Boston University Religion Professor Stephen Prothero wrote his book, “Religious Illiteracy.” He was so taken aback by the lack of basic biblical knowledge of his undergraduate students that he hoped the book would positively influence a generation of religious illiterates. In his follow-up book “God is Not One,” [Harper Collins 2010] Prothero writes, “…it is comforting to pretend that the great religions make up one big, happy family. But this sentiment, however well-intentioned, is neither accurate nor ethically responsible.”

He points out that to say to a Muslim that your pilgrimage to Mecca, one of the faith’s Five Pillars, is not necessary, is blasphemous. To say to a Catholic that baptism, one of the sacraments, is non-essential, is heretical. And to say to a Jewish person that Yom Kippur, the highest holy day of Atonement, is just a nice tradition, would be an insult beyond compare.

But AOC is certainly not alone in her beliefs. It goes along with what the group think in the culture is today. Most of us believe in God. According to Gallup’s latest poll, 87 percent of Americans believe in God (2017).  And the number increases when asked if we believe in “God or a universal spirit.” That number is 89 percent. But when asked if religion is important in their lives, the 2018 response showed just 50 percent agreed.

Dr. Tim Keller, bestselling author and speaker, writes in his book, “Reason for God,” about an encounter with a student who proudly proclaimed the belief that all the major religions worship the same God. Keller says, “[The student) contended that doctrinal differences between Judaism, Islam, Christianity, Buddhism, and Hinduism were superﬁcial and insigniﬁcant, that they all believed in the same God. But when I asked him who that God was, he described Him as an all-loving Spirit in the universe.

The problem with the position” Keller said, “is its inconsistency. It insists that doctrine is unimportant, but at the same time assumes doctrinal beliefs about the nature of God that are at loggerheads with those of all the major faiths. Buddhism doesn’t believe in a personal God at all. Judaism, Christianity, and Islam believe in a God who holds people accountable for their beliefs and practices and whose attributes could not be all reduced to love.”

Keller sums it up saying: “Ironically, the insistence that doctrines do not matter is really a doctrine itself. It holds a speciﬁc view of God, which is touted as superior and more enlightened than the beliefs of most major religions. So the proponents of this view do the very thing they forbid in others.”

Nabeel Qureshi, a devout Muslim who converted to Christianity and authored the book, “Seeking Allah, Finding Jesus,” has one of the most insightful and experiential takes on whether Christians and Muslims worship the same deity. He explains, “Let’s start with the obvi/ous: Christians believe Jesus is God, but the Quran is so opposed to this belief that it condemns Jesus worshipers to Hell (5.72).”

The difference, says Qureshi, is Christianity’s core tenet, that Jesus Christ is God, part of the Trinitarian Godhead of Father, Son, and Holy Spirit.

Hank Hanegraaf, The Bible Answer Man, and head of Christian Research Institutes said, “When you begin to examine world religions such as Judaism, Hinduism, and Buddhism, you will immediately recognize that they directly contradict one another. For example, Moses taught that there was only one God; Krishna believed in many gods; and Buddha was agnostic—a personal, prayer-answering God played no role in his worldview.

And the bottom line, Hanegraaf said,  that majority of theologians do agree on about the various religions is….”Logically, they can all be wrong, but they can’t all be right.”Lauren Green currently serves as Fox News Channel’s (FNC) chief religion correspondent based in the New York bureau. She joined FNC in 1996. Her new book is “Lighthouse Faith: God as a Living Reality in a World Immersed in Fog.” She is host of Fox News Digital’s “Spirited Debate.” 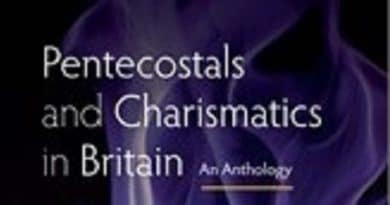 Pentecostals and Charismatics in Britain 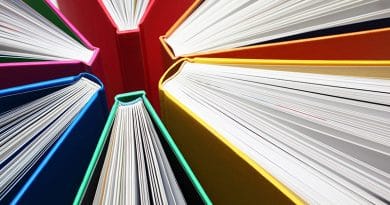 2 thoughts on “Was AOC correct when she suggested all religions worship the same God? Experts weigh in”