The government has pledged to accept in full all the recommendations of the Bishop of Truro to protect Christians from persecution – including imposing sanctions.

An at times emotional debate in the House of Commons concluded with a pledge from Minster of State Sir Alan Duncan, to accept in full the recommendations made by the Bishop of Truro in his report on Christian persecution. The text of the minister’s announcement is given below.

‘Release International is delighted that the minister has pledged to take the protection of Christians into the very heart of government policy,’

Says Paul Robinson, the CEO of Release International, which supports persecuted Christians around the world.

‘Release was pleased to contribute to the research for the report which has highlighted definitively that Christians are far and away the most persecuted religious group in the world today.

‘We hope that today’s decision to champion persecuted Christians and put their plight front and centre of government policy will send a vital message to governments everywhere that this violence has to stop.

‘We are grateful that the UK government is saying that the world will no longer be able to turn a blind eye to discrimination and violence against Christians.’

Text of comments from Rt Hon Sir Alan Duncan, Minister of State for Europe and the Americas and MP for Rutland and Melton, highlighting policy decisions.

‘Christians suffer more religious persecution than any religious group in the world. And yet we hear far less about this than one would expect. We’re too reticent about discussing Christian persecution and I think we must overcome this mindset. The evidence justifies a much louder voice… We should not be timid. We should be bold and ensure that the UK’s response to Christian persecution is in proportion to the problem.

‘The Government has decided to accept every recommendation in full.

‘First, we will put Freedom of Religion or Belief at the heart of FCO culture, policy and operations. We will publicly articulate our goals and give guidance to diplomats on how to reflect these values.

‘We already engage on Freedom of Religion or Belief in a range of international forums, but we will strengthen our approach with an advocacy strategy. We will carefully examine whether adopting the label Christophobia will better inform FCO policies to address the problem.

‘We will respond immediately to any atrocity, including genocide, and we will continue our work to impose sanctions on the perpetrators of religious faith-based persecution.

‘We will encourage arm’s-length bodies and partners such as the British Council to develop appropriate policies on Freedom of Religion or Belief. And to promote religious literacy… all foreign office staff will undergo mandatory training where this is relevant to their job.

‘We will create a clear reporting framework to formalise how we engage with minority and religious leaders on the ground and we will use a recommendation to tailor responses to violations.

‘We will ensure that human rights reporting mentions faith-based persecution wherever relevant.

‘To improve coordination, we will also investigate whether new Whitehall structures could strengthen cross-government thinking. We will initiate regular themed discussions with civil society representatives and convene ministers across government to give a consistent international approach.

‘At the United Nations, will explore how best to deliver a new Security Council Resolution urging all governments in the Middle East and North Africa to protect Christians and to allow UN observers to monitor the necessary security measures.

‘My Right Honourable friend the Foreign Secretary will follow up on the recommendation that this report should also inform the work of other public authorities for a future full Cabinet meeting.

‘Finally, we recognise the importance of measuring the impact of our work, so a review will be commissioned after a suitable amount of time.

‘We warmly recommend this review for helping to give the worldwide persecution of Christians the attention it demands. The review provides us with new evidence and raises concerns to which we must respond. I hope members who today will agree that the Foreign & Commonwealth Office is demonstrating its firm commitment to addressing the recommendations of the review and to improve freedom of religious expression around the world.’ 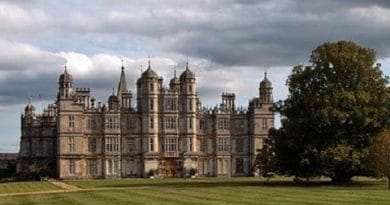