New research suggests that people from Black, Asian and Minority Ethnic (BAME) backgrounds may be more vulnerable to loneliness and experience discrimination, barriers and stigma

Barriers To Belonging, a new report co-authored by British Red Cross, Co-op, Centre for Loneliness Studies at the University of Sheffield, and Runnymede Trust, outlines issues around loneliness and a decreased sense of belonging experienced by a high level of BAME respondents.

Coinciding with Loneliness Awareness Week, this UK-based research seeks to shine a light onto a previously underexplored issue – the experiences of loneliness among people from BAME communities – calling for a Government commitment to spend on services that offer more accessibility and inclusivity.

Over 1,000 people took part in the survey and the report also includes in-depth interviews with more than 60 people from a broad range of ethnicities and 40 interviews with survey providers. The key findings focus around three principles:

When we feel we belong, we feel less alone – feeling a sense of belonging, accepted and able to talk about loneliness helps to tackle loneliness. 67% of the respondents who said they didn’t feel like they belonged in their community said that they were always or often lonely, compared to just 16% of people who said that they felt they did belong.

People from BAME backgrounds felt less able to access community activities and support – all ethnic groups were more likely than White British groups to state that time and affordability were barriers to accessing services or activities that could help combat loneliness, but these were not the only barriers. Other issues for all ethnic groups were not feeling welcome or a lack of confidence.

This research builds on the Trapped in a Bubble research, which found that more than 9 million adults in the UK are always or often lonely. This new information supports the need for more provision, and attention to the challenges that some communities may have in accessing help.

Commenting after the publication of the report, Paul Amadi from the British Red Cross said: “We all need to ask if we’re doing enough to make our institutions, services and workplaces as inclusive, diverse and welcoming to people of all backgrounds as they can be.

“And we need the Government to make a commitment to spending on services and activities to help combat loneliness and improve people’s health and wellbeing – reaching those most in need, irrespective of race, culture, geography or income.

“If those from BAME backgrounds are at a greater risk of loneliness, any initiative to connect people with each other needs to be designed with that in mind.

“No one should feel isolated or unable to make friends and meaningful connections with others because they feel excluded by their ethnicity, or anything else. Whether in the workplace or the community, let’s make sure everyone feels comfortable and confident getting support.

“We can all play a part in that by reaching out to those who may feel marginalised because, as we know, kindness is the glue that holds our communities together.”

Visit Campaign To End Loneliness for more information on support available and what you can do to tackle loneliness in your community. You can start by watching the film below! 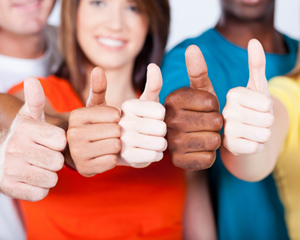 Study: Racism shortens lives and hurts health of blacks by promoting genes that lead to inflammation and illness