Not long ago, I sat between two church friends in their 30s and listened to a heated debate about race. One friend is a black woman, the other is white.

Let’s call the first woman Esther, and the second Mary. They’re close friends and sisters in Christ who have walked through life’s hardships and joys together, but this was the first time they’d ever had such an intense discussion regarding race. I watched the whole interaction as a third party. This is what I observed.

Mary was upset because she had made a casual comment that made Esther feel uncomfortable. Previously, Esther would have kept quiet about it, but recently she had felt increasingly burdened to be honest about her frustrations as a black woman in a majority-white church. So she told Mary, “Hey, be careful saying that. I know you, so I’m cool, but some other black people might take offense at what you said.”

Mary cherishes her friendship with Esther. The idea that something as laden as race might come between them scared her. Problem was, she got defensive: “I don’t understand. Why was that offensive? You know me—I’m not racist! A lot of my closest friends are people of color.”

Esther explained that she personally wasn’t offended, but some others might be, depending on their own experience and sensitivities over racial issues: “I’m not saying you’re racist. I’m just warning you that some other people might interpret it the wrong way, and I’m asking you to be aware and sensitive of that.”

That didn’t sit right with Mary. Her voice tightened, and her fists banged the table surface as she exclaimed, “OK, this is so unfair! I’m so frustrated. It’s like because I’m white, I can’t say anything related to race without getting into trouble. And it’s so confusing, because I can say one thing and you won’t be offended, but the next black person is! So what is what? How can I ever keep track of what’s OK to say and what’s not? And why do I always have to be made to feel guilty because I’m white?”

I understood her defensiveness: Even though Esther didn’t raise her voice or criticize, Mary still felt personally attacked—not by an individual, but by a collective group. She saw Esther simply as her friend, not as a “black friend,” and she didn’t understand why she was suddenly emphasizing their racial difference, when Mary felt that shouldn’t matter at all. Why couldn’t everyone just get along?

Of course, America has a complex, ugly history when it comes to race. People of different races and cultures haven’t always gotten along, and prejudices haven’t gone away simply because slavery and Jim Crow laws did. Real life can’t be politically and socially engineered that way.

It’s true that our nation has strived for racial progress: We’ve implemented race-conscious policies such as affirmative action (though we debate its effectiveness). We’ve seen an increase in the black middle class, homeowners, and college graduates. Many people now befriend and marry people of another race. Most of us condemn white supremacy.

With all these improvements, people like Mary wonder why the topic of race still creates such tension, and why white people seem forced to carry “white guilt.” For Mary, who grew up in a broken family and now struggles financially as a single mother, the oft-used term “white privilege” seems unfair.

But it’s also true that, not so long ago, black people were forced to attend separate schools and drink from separate water fountains. Some black people in America have parents who were sharecroppers or children of slaves. White Americans tend to have the privilege (there’s the loaded word!) of not having to think about their skin color, while nonwhite minority Americans don’t. People of color, as minorities in America, don’t have the same experiences as many white people do.Colorblindness isn’t possible for everyone.

Racial injustice isn’t limited to individual relationships, but is deeply ingrained in various systems of our nation, formed over centuries of white-centric legacy. For example: Studies suggest that black males today are still more likely than white males to face harsher sentences for the same crime. Black people have less access than white people to employment opportunities and economic mobility. Impoverished black males are less likely to climb out of poverty, while upper-class black males are more likely to lose their wealth over the course of their lives. Schools seem to be becoming more segregated, not less. And then there are the persistent, less-statistical examples of inequalities in everyday life: Many black people have personal stories about facing subtle or outright discrimination and prejudices, such as by being followed or harassed in a shop or on the streets by police.

But it wasn’t the topic itself that made Esther and Mary’s interaction so emotionally charged. It was the way Mary responded. She was defensive and combative, cutting off Esther’s words to insert her arguments and grievances. The conversation became about her—her thoughts, her feelings, her needs, her rights, her justice.

Here I saw a fundamental flaw in our national dialogue about race. It’s a whole lot of talk, talk, talk—and I grant some valid points on both sides—with too much chatter filling up the discussion chamber to the point that there’s no room for silence or thoughtful, generous listening. On one side, there’s too much finger-pointing, name-calling, and shaming. On the other side, there’s too much resentment, denial, and dismissal.

But between those two extremes exists a middle ground. There are people in that middle ground who are also speaking and listening, who try not to be inflammatory or dismissive, who are gracious and reflective and honest, who are patiently seeking healing and reconciliation and unity. I know these people exist, because in my search to understand the complex, fraught issue of race in America, I have met them. Their voices are the ones that I’m seeking to amplify.

That morning after Esther and Mary’s conversation, Mary texted me privately. However she might have acted before, now the Holy Spirit was talking to her, and she listened and felt convicted. “I struggle with being defensive in many of my relationships … wanting to prove rather than listen,” she texted me. “God is trying to continue to grow me in listening.”

The more she thought about what Esther had said about her experience as a black woman in America, the more Mary felt empathy for her friend. Still, she worried: What if their friendship would never be the same, now that they’ll likely have more conversations about race?

Less than a week later, Esther texted both of us. She was having a hard time, she said. Could we please pray for her? Mary was the first to respond, texting back a long, heartfelt prayer.

The path toward racial reconciliation is thorny, uncomfortable, and challenging. But thank God, we are not unequipped or alone: We share the Spirit of truth and love and grace, who counsels and corrects us whenever we’re willing to listen and obey.

Too busy for church? There’s an app for that. 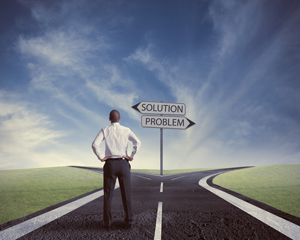