The consequences of carrying a gun will be highlighted in a new social media video marking the start of the 2019 National Firearms Surrender.

The Met is taking part in the surrender from Saturday, 20 July to Sunday, 4 August in partnership with City of London Police.

During these two weeks members of the public can hand in a firearm or ammunition to police anonymously, and will not face prosecution for illegal possession at the point of surrender.

Weapons and ammunition can be handed in at one of 27 police stations across London.

Any firearm including handguns, shotguns, rifles, BB guns, imitations as well as any antique, ex-military weapons or ammunition can be surrendered. Registered weapons which are no longer wanted can be handed in, as well as non-lethal firearms such as Tasers, CS spray and stun guns.

The Met’s new social media video showcases the consequences of carrying a weapon or concealing one for someone else.

“Too often we come across friends, family members and partners of criminals being asked to conceal firearms. These individuals often believe they won’t be arrested or prosecuted, but saying ‘it’s not my gun’ is not a defence.

“If someone asks you to carry or conceal a weapon, they are shifting the risk to you. If you’re caught in possession of a firearm you will be jailed for a minimum of five years – regardless of who obtained the weapon. If you’re convicted of possessing a firearm with intent, the sentence will be much longer.

“Often the guns we see being used in shooting incidents are converted, formerly legally-owned firearms, others are acquired and distributed by criminal networks. Each firearm we retrieve helps reduce the threat of gun crime in London, so I would urge anyone with a weapon to surrender it, and anyone with information to come forward whether directly to police or anonymously through one of many organisations out there willing to help.”

“This surrender is dedicated to clearing dangerous firearms and weapons from the streets of London. It provides members of the community the opportunity to dispose of weapons in a safe and responsible way.

“Through this surrender we want to raise awareness of a number weapons which many people deem to be legal. Often, items such as stun guns, tasers and CS canisters are purchased overseas and transported home, but under UK firearms legislation these are illegal and if you are found in possession of them you face the same minimum sentence as if found in possession of a lethal-barrelled firearm.

“We are urging anyone in possession of a firearm or any of these items to surrender them. By doing so, you can prevent dangerous weapons falling into criminal hands. Each firearm we retrieve helps to reduce the threat of gun crime in London.”

Those who would like to hand in a firearm or ammunition can check the opening times of their station in advance by visiting www.met.police.uk. To receive advice on how best to transport a firearm to a police station call 101 before travelling.

If you know of anyone in possession of an illegal firearm or involved in gun crime call police on 101 or 999 in an emergency. Alternatively contact Crimestoppers anonymously on 0800 555 111. They do not ask your name, and cannot trace your call. For more information about the firearms surrender led by the National Ballistics Intelligence Service (NABIS) visit www.nabis.police.uk or follow @NABIS_UK on Twitter 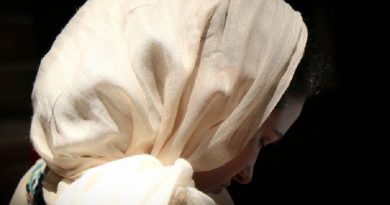 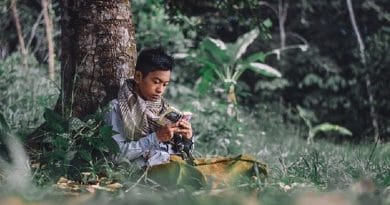