Life on the street puts unimaginable miseries and limits on the upward mobility of many teenagers in America, but homeless teens like Ronaldino Crosdale have achieved an academic milestone, defying all odds.

More than 100 students who graduated high school and got into college while living in homeless shelters were recently honoured by New York City authorities at an awards ceremony.

One of the inspiring students was Ronaldino Crosdale – who spoke at the event – and will be attending Baruch College in the autumn to study Computer Science. The eloquent 18-year-old has been living in a shelter since last August and says the experience has changed his life.

“Being at the shelter helped me recoup my energy and get to a higher place spiritually and reach another state of happiness,” he said. “I would say it was like a sanctuary.”

There are estimated to be around 2.5 million homeless children (one in 30) in America. While homelessness affects people of all backgrounds, data shows that minorities – and the black population in particular – are disproportionately affected by homelessness. While black Americans make up only 13 percent of the general population, they make up more than 40 percent of the homeless population overall, and 50 percent of homeless families with children. The disparities, researchers say, are the result of long-standing systemic racial discrimination in employment, housing, criminal justice, child welfare, income and education.

In New York City, more than 110,000 students in the public school system are homeless [in shelter, temporary accommodation or doubled-up housing]. Black students make up 32 percent of the overall homeless number and 51 percent of those in shelter, despite making up only 23 percent of the population of under-18s overall. These inequalities have a dire impact on black children’s academic achievements.

Principal Policy Analyst Josef Kannegaard at the Institute of Children, Poverty, and Homelessness said: “Homelessness negatively impacts a child’s education, making them more likely to be absent or transfer schools mid-year. This school instability ultimately increases the likelihood they will repeat a grade or even dropout. For children experiencing homelessness, education is the most important tool they have to breaking the intergenerational cycle of poverty, and it’s crucial that they be supported both during and after an episode of homelessness.”

Ronaldino’s move into a shelter follows years of turbulence. His parents divorced when he was seven or eight years old and he lived with his mum and older brother until the death of his sibling when he was 10 years old. After that, he spent years living in insecure housing. He was around 12 when he and his mum were evicted from their first home. He then went to live with his grandmother temporarily. His mum later rented an illegal basement apartment, which had toxic air quality, and led to her developing asthma, also having a detrimental effect on Ronaldino’s wellbeing. After they were evicted from there, he went to live with his father for a few months, where he says he faced neglect and abuse. Ronaldino ended up calling the city’s children’s services, who tracked down his mother and placed them both in a shelter.

Ronaldino says the lack of a stable home environment and chequered caregiving really took its toll on him emotionally and academically in his junior year.

“Staying in school was hard,” he said. “I’m not going to lie. There were so many times I was upset about a situation that I couldn’t even study. I was really affected during my junior year. I still managed to do good in school but it wasn’t as good as I could have done. I started getting marks in the 80s when I had been getting 90s my whole life.

“In senior year, I was living in the shelter system and was really focused on what I was doing. That’s when I hit the pinnacle of my grades. I got 94s, 95s, even 97s. I was also working at JC Penny, and buying and selling sneakers – just imagine if I wasn’t doing all that, and focusing all these years.”

Being in a stable living situation also enabled Ronaldino to flourish in other areas. He unofficially coached other students in his high school football team and received an award in recognition of his contribution. He was also recently selected for a competitive 30-month tuition-free filmmaking programme for high school students.

Looking back, the teenager admitted he had contemplated suicide “for a long time” because he felt his life was not worth living. However, a number of moments inspired him to dream big and live a life larger than himself. One such moment was the death of his brother, who he looked up to. “I started to be more aware of life and realise that things were temporary, and not always permanent. It changed my life in terms of thinking differently.”

Another key moment was a spiritual awakening. “I don’t know where I’d be without spirituality right now,” he said. “Ever since January I’ve felt everybody has a spirit inside of them. And ever since I’ve been doing so much, I’ve felt more of my own spirit to the point where I feel closer to God.”

He also “found worth through finding his calling”. While taking part in a leadership programme for black high school students [the Junior 100 programme], he realised he was good at leading people.

He is currently in the process of setting up his own lifestyle brand to help other young people succeed in life, a decision that was influenced by his own experience of receiving little or no guidance.

“Guidance is the biggest thing you need in your life, and that’s what I didn’t get. A lot of the time I was told to, ‘figure it out’. That’s why I know how hard it is to figure it out.

“I would like to give people access to things I never had. I feel like people tend to tell you what to do, but don’t show you how to do it. I want to be that person who shows you how to do it, step by step. I don’t care if it’s a baby step. 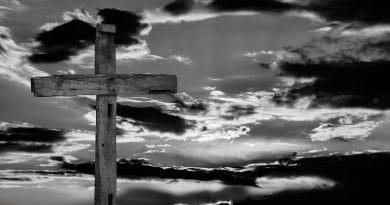 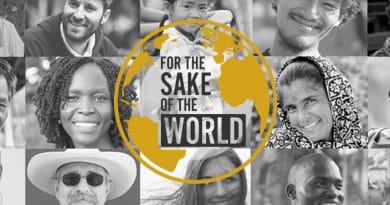 Royal Wedding Singer James Francis Releases ‘Free to be Me’