A couple are taking the Church of England to court over Christian school assemblies which they say are “indoctrinating” their children.

Lee and Lizanne Harris have been granted a judicial review in their challenge to the Oxford Diocesan Schools Trust, which runs Burford Primary School.

They said the school should provide an “inclusive” alternative.

The trust said the school had “acted entirely appropriately”.

Trust chief executive Anne Davey said: “It has provided exactly what the law requires, which includes provision for children to be withdrawn if parents so request.”

The couple said they had asked the school to provide “a meaningful alternative of equal educational worth” after withdrawing their children from assemblies.

They claim the children were instead left in a room with a teaching assistant and an iPad.

They said they were concerned Christian stories were presented as fact, and said visiting church officials expressed “harmful views” to children.

In a statement they said: “We enrolled our children into a state community school – which is meant to have no religious character.

“But over time we noticed harmful aspects of evangelism spreading into assembly and other parts of the school.

“We take this step very reluctantly but feel strongly that we need to try to make our children’s education as inclusive as possible.”

The trust said all publicly-funded schools in England and Wales were required to hold daily religious worship.

Humanists UK said it was supporting the legal challenge and had opposed the law when it was introduced in 1944.

The case will be heard on 29 November at the High Court. 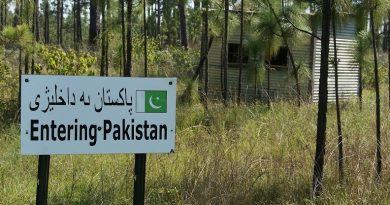 What is The Gospel of Thomas