An elderly Christian who was arrested in Nepal for distributing bibles has ended up in hospital after spending two traumatic weeks in jail, as criminal treatment against the religion intensifies.

Christian leaders in Nepal are issuing pleas for unity against the persecution which is rising to “near-genocide” levels in some parts of the world. Cho Yusang, 73, was arrested on July 23 for allegedly forcefully converting Nepali locals to take Christian literature.

Pastor Sagar Baiju, a senior Christian leader in Nepal warns police and politicians are targeting Christians, he said: “When I travel to foreign counties, I carry my identity with me – and my identity is that I am a Nepali, but apart from being a Nepali.

“I am a Christian, so I always carry my Bible with me.

“How is it a crime, when foreign tourists come to Nepal to tour the country or to visit their friends, and carry their Bible in their hands?”

After his arrest, police raided Mr Yusang’s room and confiscated all bibles and Christian literature.

B.P. Khanal, General Secretary of Janajagaran Party Nepal, a Christian political party told Morning Star News: “Carrying a Bible should not be and must not be a criminal offense.”

He said: “In this case the law is discriminatory, because it is not an offence to have Bibles in your room.”

He said: “The recovery of some Bibles and Christian literature from Yusang’s personal belongings is an offense and as a crime.

“Anybody can have a Bible – it is not a drug or an explosive.”

Pastor Baiju said Christians are being ghettoized like criminals in Nepal.

He said: “In schools run by Hindus, they make the children perform Saraswati Vandana [a common Hindu mantra] in their morning devotion, and nobody objects to it.

“Then why is it a crime, if a Christian school makes the children say The Lord’s Prayer in the assembly?

“Why are objections raised and Christians ghettoized as criminals?”

“There is a need for Christians to unite and raise the issue with a single voice.”

The police arrested Mr Yusang along with two other foreign nationals who were also allegedly distributing religious material.

Mr Yusang was also arrested on charges of misusing his via as he was in the county on a business visa.

Even though Mr Yusang has been released from jail he is suffering with several health complications and will need some time to recover.

Tanka Subedi, chair of the Religious Liberty Forum Nepal (RLFN) told Star News: “Though he was out of hospital, he was feeling dizzy this morning also.

“His health is still not good.

“He does not want to go back to the hospital, because he does not have much money left.

“He does not have insurance cover to pay his bills.”

The shocking news follows revelations that the persecution of Christians in parts of the world is at near “genocide” levels, according to a report ordered by former Foreign Secretary, Jeremy Hunt, in May.

The review, led by the Bishop of Truro the Right Reverend Philip Mounstephen, estimated that one in three people suffer from religious persecution.

Christians were the most persecuted religious group, it found.

Mr Hunt said he felt that “political correctness” had played a part in the issue not being confronted.

Nepal was ranked 32nd on Christian support organisation Open Doors’ 2019 World Watch List of the countries where it is most difficult to be a Christian. 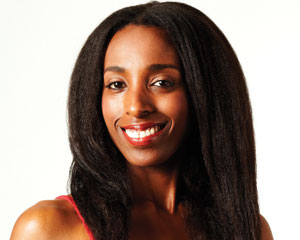