The Archbishop of Canterbury is expected to be called to give evidence to an independent review into the sadistic beatings of boys at Church of England holiday camps.

Before his ordination, the Most Rev Justin Welby had served as a “dormitory officer” at evangelical camps where John Smyth QC carried out beatings of boys and young men.

The church announced an independent review into the assaults carried out by Smyth in the 1970s and 1980s.

The investigation will try to establish which Church staff knew about the abuse, whether they responded appropriately and whether the attacks could have been prevented.

Smyth, a former barrister, was the chairman of the Iwerne Trust between 1974 and 1981. The organisation invited boys and young men from public schools, including students from Winchester College, to the camps, known as “Bash camps”.

It emerged in 2017 that Smyth, an anti-gay campaigner, had handed out up to 800 lashes to numerous males, some so severe the victims were left bleeding.

Shortly before he was due to be extradited from his home in South Africa to Britain to be interviewed by Hampshire Police, Smyth died from a heart attack.

The archbishop, who attended the camps in the 1970s, was forced to issue an “unreserved and unequivocal” apology on behalf of the Church because it had “failed terribly” to stop Smyth from abusing the youngsters.

Although he said he knew Smyth, Archbishop Welby insisted he had been “completely unaware” of any abuse and it was only in 2013 that he learned of the allegations.

His office at Lambeth Palace is expected to hand over documents connected to the allegations to the review team.

The National Safeguarding Team of the Church of England has appointed Keith Makin, a former director of social services, to examine how the church, the Titus Trust, which took over running the camps in 1997, the Scripture Union, which managed the camps, and Winchester College handled the claims.

However, according to the review terms of reference, the Titus Trust will not fully “engage” with the review until to “ongoing legal action” is resolved. The Scripture Union will also not take part.

Winchester College was informed of claims surrounding sadomasochistic abuse by Smyth at the camps in 1982. A secret report by the Iwerne Trust that year told of the “horrific” assaults on the teenage boys. However, neither the college nor the trust reported the allegations to the police. Smyth was banned from attending college or contacting the pupils.

In 2017, the college issued a statement saying it deeply regretted the ordeals its pupils endured. It added while there was no attempt to cover up the crimes many parents felt their children should be spared “further trauma” and so police were not then contacted.

The review document says Smyth was “encouraged by those involved in the Iwerne Trust” Smyth to work overseas after learning of allegations against him.

Andrew Graystone, who represents some of the 26 abuse survivors, said he went onto abuse 90 young males in Zimbabwe.

He said: “It’s disappointing that it’s taken six years since the first disclosures were made formally to the church before this review to be launched.

“In that time, some survivors who have spoken out have lost confidence in the church and are not sure whether they will support the review.”

A spokesman for the Archbishop said: “The Archbishop has been supportive of an independent review taking place and welcomes the fact that it is now starting.”

A spokesperson for the Titus Trust said:

“The Titus Trust welcomes the Church of England’s review into the Smyth case and has already shared a significant amount of information with the Church’s national safeguarding team, indicating to them several weeks ago that ‘We are very happy to be involved in a review and seek to be as transparent and supportive as we can be’ but that ‘we remain restricted by on-going legal action.’  We look forward to being able to participate in the review process to an even greater extent once the legal proceedings relating to the case are over”.

The Gospel and the Pursuit of Justice in Your City 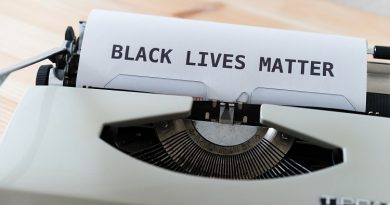 Portrait of George Floyd revealed to raise money for his family