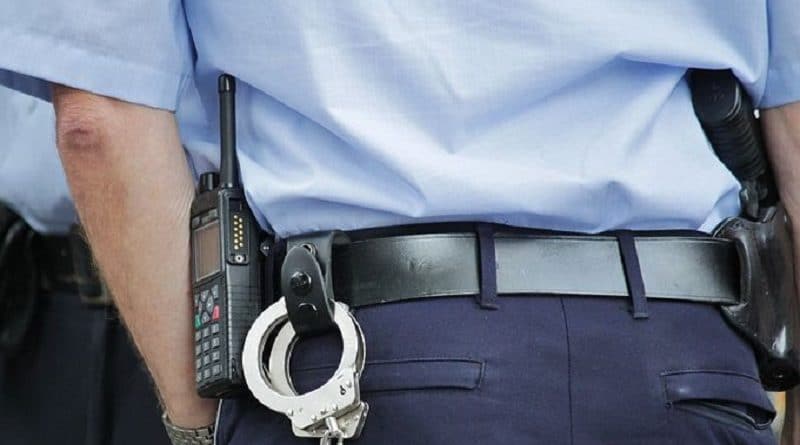 Police in North Carolina are looking into an incident where a black man was handcuffed in his own home and taken to a police car — in his underwear — after a house alarm was accidentally tripped.

Video of the incident was posted to Facebook and has been viewed more than 10,000 times.

In the video, the homeowner, identified by North Carolina-based WTVD-TV as Kazeem Oyeneyin, is seen being handcuffed and eventually taken out of his house while wearing just underwear. The incident happened on Aug. 17, according to WTVD.

“While the cop was trying to put me in the car, I’m screaming like, ‘Yo!’ because I want my neighbors to come out and tell them that I live there,” Oyeneyin told ABC News. “So, the neighbors are just looking through the windows and I’m just humiliated. Nobody wants to say nothing. Everybody’s just looking.”

A black man was looking for parking: A white woman felt threatened and called the cops

Oyeneyin told WTVD the alarm at his home was tripped by accident by a friend who had stayed the night. He shut off the alarm and went to back bed before police arrived at the house.

“Police!” an officer shouts, opening the door. “If you’re inside, make yourself known!”

The officer begins speaking with Oyeneyin and asks him to come out. Oyeneyin tells the officer he has a firearm in his hand. He told ABC News he has a permit to carry a concealed firearm.

“Come on out,” the officer says. “You’ve got a firearm in your hand?”

Oyeneyin says yes and the officer tells him to drop the gun twice. Still off camera, something is heard clattering on the floor. The officer, who hasn’t fully entered Oyeneyin’s house at this point in the video, asks Oyeneyin to exit the house.

Oyeneyin replies he’s in his underwear.

“I gotta record this (expletive),” Oyeneyin says in the video, taking out a cell phone. “Y’all crazy as hell.”

A police chief apologizes: White cops on horseback led a black man by rope in Texas

The officer yells for Oyeneyin to get on his knees, turn around and put his hands behind his back. Oyeneyin questions the officer — and asks for him to call a supervisor — but complies.

Oyeneyin told WTVD, “Being black could definitely be one the issues, the problem. I hope it’s not. But if that’s what it is, it needs to be resolved.”

After the officer’s supervisor arrives at the scene, Oyeneyin explains he has a gun because he’s a “club owner” and “people try to rob me every day,” the video shows. WTVD reported Oyeneyin is a well-known party and hip-hop concert promoter known as “Tim Boss.”

“I’m just trying to figure out who you are and whether or not you’re supposed to be here,” the officer said in the video.

After police confirm Oyeneyin as the owner of the home, an officer off-camera tells Oyeneyin the alarm had been going off for “quite some time.”

“In our experience, the homeowner turns off the burglar alarm if they’re there,” the officer said. “When we get to a burglar alarm and the door’s open and it’s been 15 or so minutes the burglar alarm’s been going off, that’s very unusual. It usually means that there’s a burglar inside when we contact somebody, especially if that somebody has a gun.”

Calls and emails from USA TODAY to the Raleigh Police Department late Monday night were not immediately returned.

In a statement to WTVD, a Raleigh Police Department spokesperson said the incident is being investigated.

“We have attempted to contact the homeowner several times over the past few days to discuss this incident with him,” the spokesperson said.

Heat to Heart By Esther Fenty 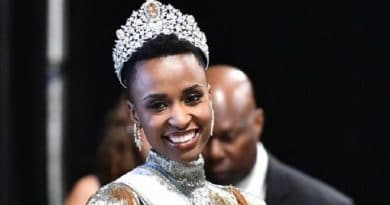 Miss Universe 2019: ‘May every little girl see their faces reflected in mine’

Be part of a vision that re-builds lives